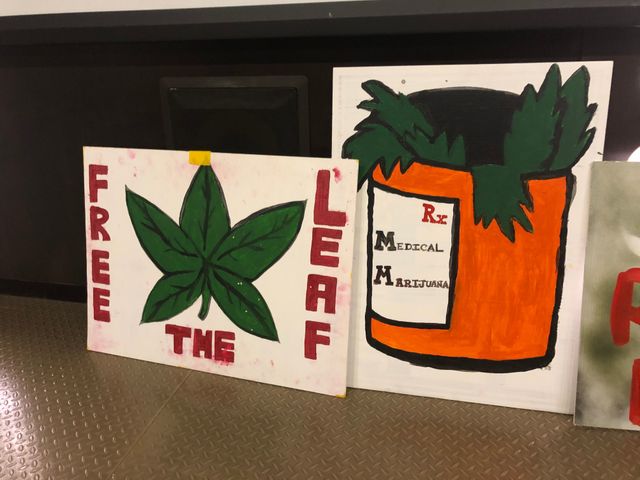 COLUMBIA - Medical marijuana may play a part in the reduction of opioid usage, supporters say.

According to the Missouri Department of Health and Senior Services, one out of every 65 deaths last year was due to an opioid overdose.

Proponents of medical marijuana hope the drug can help change that statistic.

Provisions written into the recently-approved Amendment Two allow doctors to use their judgement in determining what conditions could benefit from marijuana use.

One Missouri doctor said that should include conditions commonly treated with opioids.

"In our state, any illness that doctors think patients could benefit from the prescription of an opioid, that doctor has the opportunity to discuss with a patient the alternative medical marijuana. I think that’s enormous,” Dr. Paul Callicoat said.

He said chronic pain is a prime example.

"Most of the medical marijuana written in the United States is written for chronic pain," he said. "That’s what the opioids are prescribed for, chronic pain, even though they don't work to reduce chronic pain.”

Dan Viets is the president of New Approach Missouri, the marijuana advocacy group that sponsored Amendment Two. He said, not only can cannabis be used as an alternative, it's also not as dangerous.

Viets said doctors should work on accepting the drug as a viable treatment option.

"Doctors need to open their minds and consider that they have a far safer alternative available and use that alternative.”

Even though Amendment Two legalizes marijuana in Missouri, some medical groups are still skeptical about it.

Both the Missouri State and Kansas City Medical Associations opposed medical marijuana, citing a lack of research and inability to measure dosages.

In a statement, Burrell Behavioral Health, a local medical provider, said it will await more details before making a decision regarding usage.

"We rely on evidence-based studies when considering any behavioral health issue facing our clients and are reviewing the implications of the amendment," the statement said.

To those who are hesitant, Viets says the message is clear.

"Marijuana is one of the safest substances known, according to the Drug Enforcement Agency's own chief administrative law judge. Marijuana has never killed a single human being," he said.

Viets said that stands in sharp contrast to other medical drugs.

"The vast majority of pharmaceutical medications are dangerous and they do carry the risk of death," he said.