Doctors and businesses to support Yes on 2 initiative 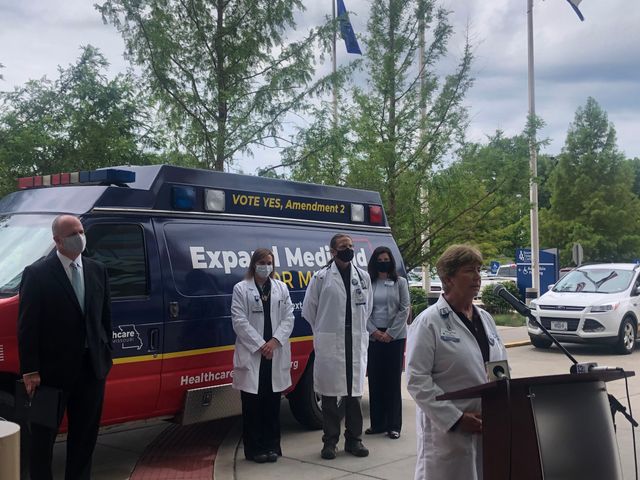 The Columbia Chamber of Commerce endorsed the campaign this week, joining its Kansas City, Saint Louis, and State of Missouri counterparts.

The campaign calls for voters to vote yes to Amendment Two, which would expand Medicaid in Missouri to 230,000 residents. The amendment would broaden eligibility requirements and cover residents who make less than $18 thousand a year.

Doctor Robin Blount, vice president and chief medical officer of Boone Hospital Center, spoke at the meeting about the importance of Medicaid expansion.

“Without Medicaid expansion, more rural hospitals will close, severely affecting access to care,” Blount said. “No one should be forced to choose between putting food on the table and lifesaving care.”

Columbia Chamber of Commerce president and CEO Matt McCormick came out to support the initiative from a business-standpoint.

“In the light of COVID-19, we cannot underestimate the importance of our healthcare industry,” McCormick said. “Medicaid expansion will help create jobs at our local healthcare facilities while expanding our economic output and saving our state money.”

Thirty-seven states have expanded Medicaid, including neighbor-state Arkansas. Officials there reported used savings from expansion to cut state income taxes and reduce payments which were previously allocated to uninsured individuals.