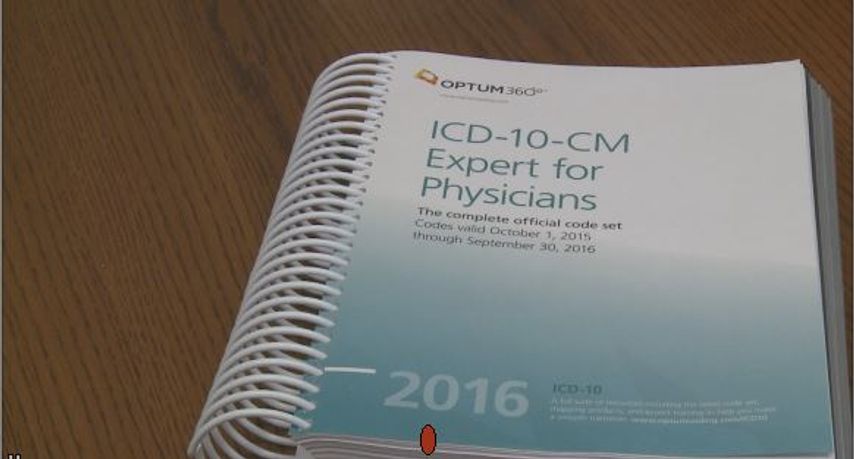 COLUMBIA - A new set of coding changed the medical world October 1. Doctors around the nation would now have to change the way they refer to certain illnesses, diseases, injuries, etc. The new codes are called ICD-10 (International Classification of Disease).

Doctors and nurses have anticipated this change for years. The change was supposed to occur October 1, 2014 and the U.S. are actually the last among the countries to jump on the ICD-10 bandwagon. But one doctor who helped with MU Health's transition from ICD-9 to ICD-10 said the change was imperative.

"It's important because it allows us to be much more specific," Dr. Thomas Selva said. "And that's important because when you're trying to look at entire populations and get an idea, are disease outbreaks occuring in specific areas, you can do that very fast with computers when you have digitized information in the form of codes."

The new codes have quadrupled in size, jumping from 15,000 codes to more than 65,000 in diagnosis codes alone. For doctoral and hospital procedure codes they've jumped from 3,000 to almost 100,000. There's a code for everything, Selva said, describing injuries anywhere from falling in an engine jet to being bitten by a alligator.

Selva also said a new system was in order because the old coding system ICD-9 had no room for any more codes, which left doctors in a stagnant state.

So why was the United States so many years behind in the change?

The U.S. is the only industrialized nation in the world that uses these codes and partners them with billing.

For the ones responsible for the actual transcribing of doctor notes and working hand in hand with the new codes, life has been a bit shaky.

Interim Assitant Director for Professional Coding and Revenue Christine Pfeifer said it's going to take time for her and the team of coders to adjust to the new change.

"It is slowing down productivity a little bit, but that's because the team doesn't have the codes memorized," Pfeifer said. "It's a part of change, I tried to tell my team that change is okay and that change is the only inevitable thing in health care."

Pfeifer said she expected a 50 percent drop in productivity when the new codes released.

The coders are also responsible for sending the diagnosis codes to insurance companies for billing, and due to the new changes Pfeifer said patients could see some delays in the billing process, but she said that patients could help in speeding up the process.

"Just be very open and honest and specific with your physician because we need that documentation in order to submit the bill," Pfeifer said.

Overall Pfeifer said she's excited about the new change and she's learned a lot. She hopes her team can adjust quickly and get back in the swing of things.