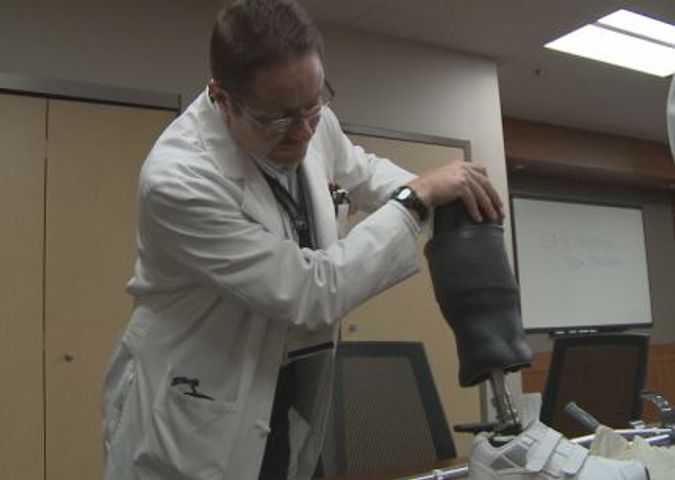 COLUMBIA -  The new Medicare proposal would establish more requirements to obtain advanced prosthetics, limit the role of prosthetic designers and manufacturers and reduce the variety of universal codes used to cover prosthetic need.

Tracy Ell, a certified prosthetist and owner of Mid-Missouri Orthotics and Prosthetics, said he is concerned about the effect on treatment for people with missing limbs.

"Patients will not be able to achieve the outcomes that they received previously, their mobility will be restricted and all the things we try to do to restore and rehabilitate will be affected."

He said he believes the proposal could prevent people from getting the care they need.

"The bill, half of it has no implication because we already have a very strict guideline on how we assess people for prosthetics and the other portion was trying to reduce services," said Ell. "Half of legislation is bringing up the standards but the latter parts of the legislation tries to restrict who gets a prosthetic."

Currently there are 150,000 amputees in the Medicare system that could be impacted. Some people are worried if the U.S. Department of Veterans Affairs and private insurers follow suit, the medical care of nearly two million people could change.

Dr. Joseph Burris, the director of Amputee Rehabilitation Services at the Rusk Rehabilitation Center, said problems in the system helped prompt the proposal.

"There has been evidence of significant fraud and abuse in the areas of durable medical equipment and prosthetic and orthotic devices, with that history they have developed more restrictions," Burris said.

Currently, a petition asking the White House to rescind the Medicare proposal has more than 100,000 signatures.