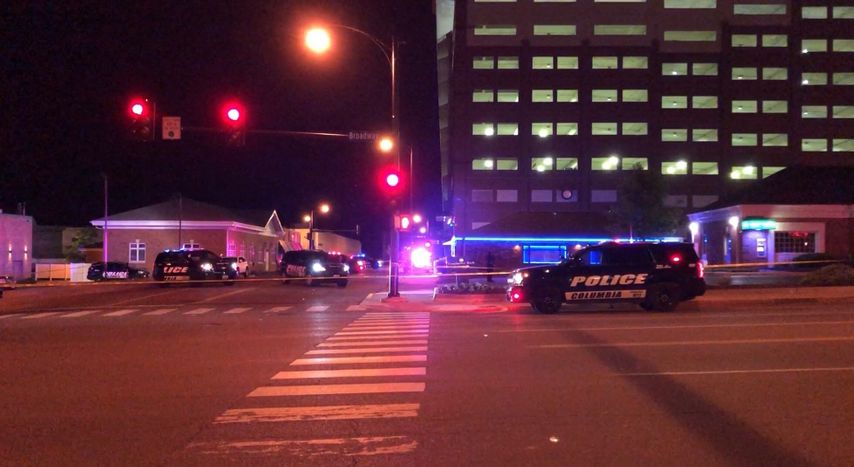 COLUMBIA - A weekend shooting that sent one person to the hospital happened when two men shot from a car near a nightclub, according to court documents filed Monday.

Police arrested four people in connection to the shooting; three have been formally charged since.

Formal charges haven't been filed against Robert Carter, 26, who was arrested on suspicion of first-degree assault and unlawful use of a weapon. All four suspects are from Columbia and currently in the Boone County Jail.

According to probable cause statements, a witness stated Caleb Hunt and Damion Hunt shot handguns out of the driver's side of a blue Nissan Versa. The victim was standing near Vibe Night Club and was hit in the face by gunfire, which caused serious physical injury.

Gun violence in downtown Columbia in summer 2018 prompted at least one business to change hours.

Co-owner of Living Canvas Dean Jones said he changed the closing hours of his tattoo and piercing shop because of multiple shootings downtown last summer.

"Because we were open until midnight and we started to see more of that activity happening late, we decided it was in the best interest of our employees and our clients to start closing at 10 p.m." he said.

Jones said he thinks his clients got to the point where they didn't want to to his shop after ten either.

"As a business owner, I've always lived under the impression that you can't make the money if you're not open to do so and altering the hours, that's a hard pill to swallow when you've done it for so long," he said. "It was definitely the right move to keep everybody safe."