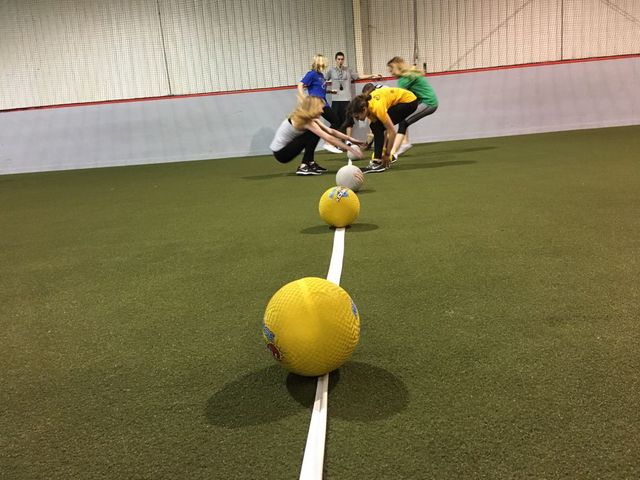 "Playing 4 Hope" started in the fall as an organization that brought Missouri Tiger football players together with sick children at the MU Women's and Children's Hospital. The players would pay a visit to the children, as well as bring them a gift basket from Pascale's Pals. Nearly 10 different players visited during the season.

"It was amazing this year because we had such a huge opportunity with the Mizzou football team," Playing 4 Hope founder Haley Ennis said. "Their community outreach is great. It was really neat."

The tournament was used as a fundraiser for the organization, which hopes to expand to more sports in 2017.

"It'll be more than football hopefully," Ennis said. "The plans are for us to go Mizzou-wide next year."

Along with the tournament, a silent auction of paintings and memorabilia was held to raise additional funds. In total, $2,800 was raised for "Playing 4 Hope."

"Something like this raises a tremendous amount of awareness," Playing 4 Hope Vice President Nathan Jones said. "We've got over 100 people here today, and a bunch of them didn't know what we did before this. And they're going to leave knowing a lot more."

Ennis said she plans on making the tournament an annual event.