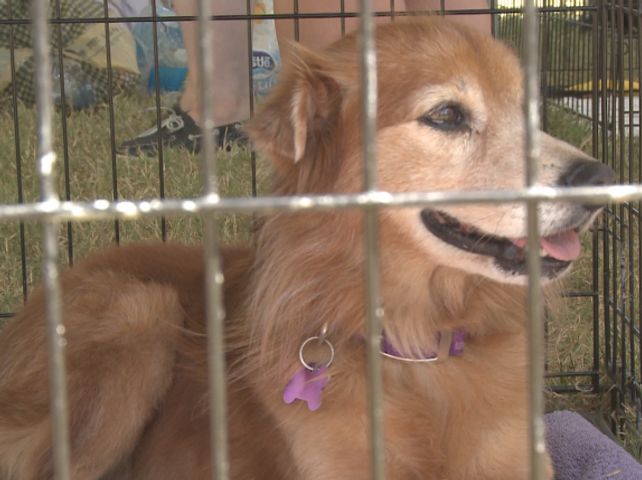 COLUMBIA - Roughly 6,000 people and their dogs made it out to Stephens Lake Park Saturday for Second Chance's 10th annual "Paws in the Park" event.

Visitors in need of a "man's best friend" had the opportunity to adopt orphaned dogs and cats at the event.  One Harrisburg man adopted a mixed-breed dog named Judd at the park Saturday.

"Judd apparently was hours or days from being euthanized," Stan Segress said. "This organization reached out and now he's gonna have a great home."

Second Chance executive director Valerie Chaffin said by 2 p.m., six dogs and two cats were adopted from the Second Chance animal shelter and several more people turned in applications to be approved for adoption.  Chaffin said although she thought the event should be fun and positive, animal abuse is a community issue.

Event organizers said they wanted the 10th annual event to be more like a party than in past years, so they brought in a 27,000 gallon pool for a dog dock-diving competition.  Roughly 100 dogs participated in the competition.

The final event will be at Stephens Lake Park on Sunday from 9 a.m. until 3 p.m.