Dogs face off in athletic events in Osage Beach 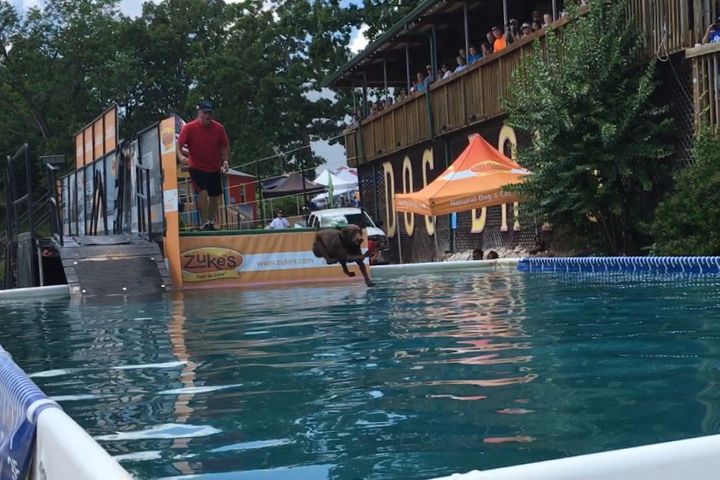 Dog owners and trainers from around the country put their pooches head to head in the DockDogs Central Midwest Regional Championship at Dog Days Bar & Grill.

Dogs can compete in a decathlon-styled event combining the three events, called an "Iron Dog" competition.

The dogs were categorized by size and ability.

Splash, from Hastings, Minn. He jumped 25 ft., seven in. He won second place in the elite category. @KOMUnews pic.twitter.com/JKFb7HnDpK

Aria is a local husky/shepherd mix! Her owner is Sam Jones of Columbia. @KOMUnews pic.twitter.com/kcn4KsbloV

Here's Jones' other dog, Jackal! Her time of 8.472 was good enough to qualify for the world championships. @KOMUnews pic.twitter.com/DH6uRVMQDo

DockDogs is a competitive series enjoyed by dogs and trainers alike.

"The best thing is to spend time with your dogs, and your family, and with friends here," Sean McCarthy of Riverside, Iowa said. "Over time, you get to meet all of the other competitors and they become your good friends, and their dogs become good friends."

"It's just really fun to do with the dogs," Sam Jones of Columbia said. "Dogs love swimming. All the dogs, they do this because they love to jump in the water, they love to, you know, retrieve toys, and everybody's real friendly."

Both Jones' and McCarthy's dogs have earned spots to compete in the 2016 DockDogs World Championships. The event is scheduled for Nov. 9-13 in Dubuque, Iowa.