Dogs struggle to keep themselves cool in summer heat 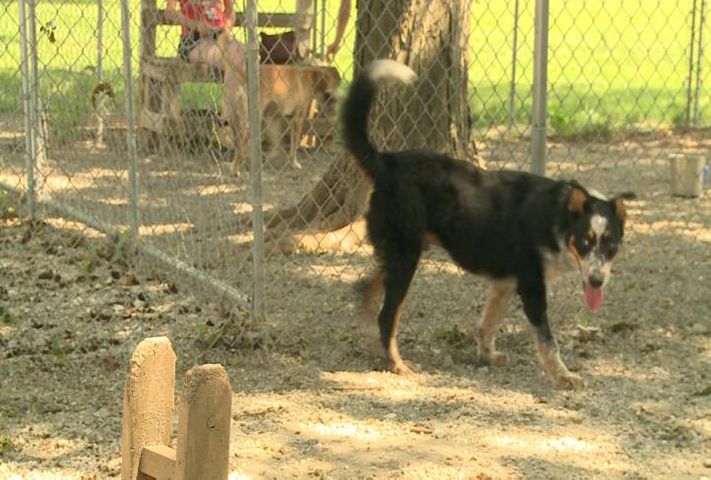 COLUMBIA - Summer months are usually a chance for people to get outside and enjoy the warm weather. The warmer temperatures also bring some dangers with them, though, especially for dogs.

Humans have plenty of chances to keep themselves cool in the hot weather, but dogs aren't able to protect themselves as well as humans. Dr. Marie Kerl of the University of Missouri's College of Veterinary Medicine said heat stroke is a cause for concern for dogs during the summer months.

"It certainly is a common occurrence through warmer months," Kerl said.

She also said it is an issue when the temperatures start to get warmer in the spring, but it is more common in the hot summer months. Most heat-related illnesses come from leaving dogs in cars, but just being outside in the heat can be dangerous. Dogs lack one effective cooling mechanism that humans have.

"The only way a dog has to cool themselves is through panting," Kerl said. "They don't sweat the way that people do."

Dogs only have sweat glands on their feet, so they can't cool off as effectively as humans. According to Kerl, this is especially dangerous in a car with its windows rolled up. She said dogs can't get rid of heat if there is no cool air coming into the car for them to circulate through their respiratory tracts.

If you do notice a dog locked in a car, Central Missouri Humane Society Assistant Director Michelle Casey said there are a few options to help solve the problem.

"You can always call the non-emergency line of the police department or animal control," Casey said.

Locked cars are especially dangerous for dogs because the temperature can rise so rapidly and even get up to 120 degrees, according to Kerl. She also said it is a misconception to think cracking a window will help cool the dog off because it doesn't allow enough air flow into the car to make a difference.

If a dog does start to suffer from a heat illness, Kerl said to rub cool water on its paws and belly and put a fan in front of the dog. Owners should still bring the dog in for medical attention.