Dogs Suspected of Shifting Truck, Rolling It Into Apartment 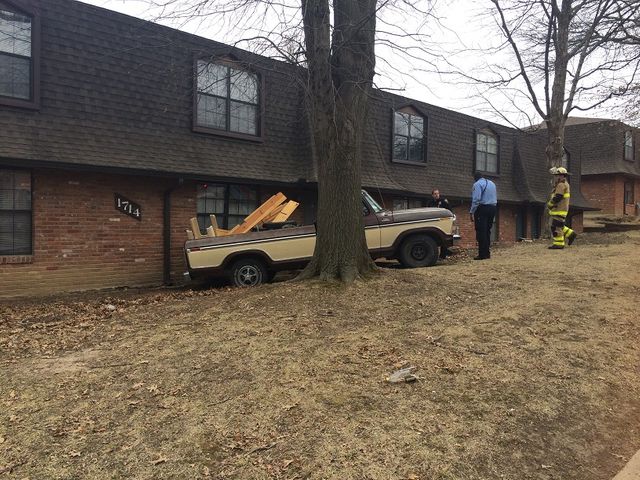 COLUMBIA - The owner of a Ford pickup truck said his two dogs may have shifted his truck into neutral and sent it rolling into an apartment building Monday.

The Columbia Fire Department responded to the accident on Amelia Street around 3:40 p.m.

The truck left a dent in the wall of an apartment at the Amelia Apartment Complex. No people or animals were injured in the accident.

The truck owner was visiting friends in the complex and said he often leaves his dogs in his truck to stand guard over tools he keeps in the vehicle. The owner was startled when he saw firetrucks pull up, and went outside to discover his truck had hit the side of the building.

Firefighters said they're not sure what exactly caused the accident.