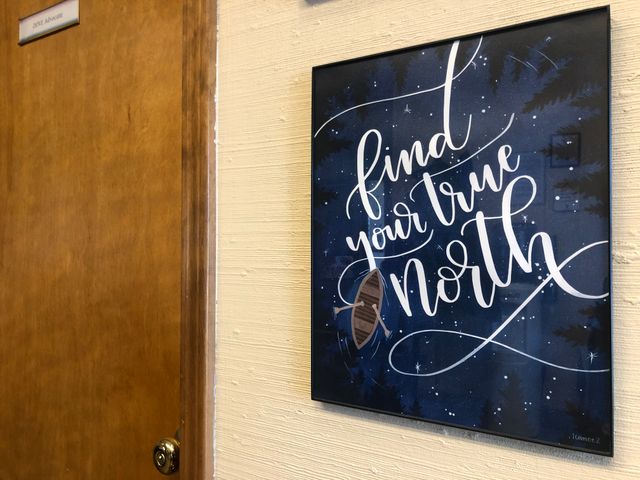 COLUMBIA - In a probable cause document, investigators laid out a case that Joseph Elledge strangled his missing wife, Mengqi Ji.

With those allegations in mind, KOMU 8 reached out to domestic violence advocates to show what resources are available.

After showing True North Executive Director Elizabeth Herrera Eichenberger the probable cause statement, she said she cannot speak directly to the case, but only to the document she read.

"What I can tell you from a domestic violence prevention perspective is that techniques such as isolation abuse of children, mood swing," Herrera Eichenberger said. "(They) are indications that maybe the relationship is not very healthy or that somebody may be in danger."

Herrera Eichenberger said True North is a domestic and and sexual violence victim service program that has been housed in Columbia for 35 years with one goal that has remained the same - safety.

"We have a 24-hour shelter in a confidential location operated 24 hours a day 7 days a week. People can call the hotline 24 hours 7 days a week. Even if it’s just to talk and walk through something you’re experiencing or the aftermath of a violent episode," Herrera Eichenberger said. "We have non-residential services so if you have a safe space to go or you’re not ready to leave come talk to us. We can walk you through that process of safety planning of finding a different home, getting new childcare. We can help."

Herrera Eichenberger said it is important to be aware of resources.

"The most dangerous time for a woman is when she is about to leave a domestic violence situation. She is most likely to die when she is about to leave and if there are weapons in the home she is 500 times more likely to die," Herrera Eichenberger said. "So keeping that in mind, if you’re thinking of leaving a relationship or leaving a situation give us a call. We can help you devise a safety plan. We can help you navigate the law and get you anything you need to make sure you leave safe."

Herrera Eichenberger said there is not a cookie-cutter mold that makes someone an abuser, but there is at least one major red flag that she thinks all abusers have in common.

Herrera Eichenberger said reading the seven-page probable cause statement was hard to read.

Joseph has not been convicted of a crime.

EDITOR'S NOTE: If you or anyone you know is in an domestic violence situation, contact True North of Columbia (800)548-2480. Help is available 24/7. Help is free and confidential.