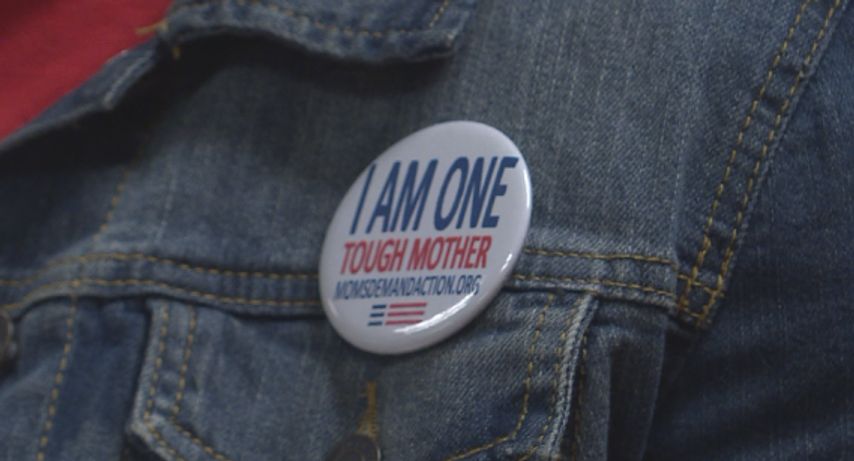 JEFFERSON CITY - Domestic abuse survivors testified at a house hearing Tuesday night to push a bill that would keep guns away from domestic abusers.

“If we can come up with legislation that makes it possible to take away the firearms from someone who has an ex parte or a convicted order of protection, we need to do it," said COPE Shelter executive director Judy Kile.

Kile shared her story about losing her twin sister to domestic gun violence.

"If we can get this, we can possibly cut down on murders by guns because of domestic violence," Kile said.

During her testimony, Kile explicitly said she is not against guns. She said she loves the National Rifle Association, but this bill is for something different.

All members of the public who attended the meeting were for the bill.

One concern that Colleen Coble, the chief executive officer of Missouri Coalition Against Domestic and Sexual Violence, addressed was this law violating the Second Amendment.

"These bills aren't about restricting Second Amendment rights. They're about protecting those who have already been harmed by convicted offenders,” said Coble.

Rep. Jered Taylor, R-Republic, said he had a concern with judges' authority to take away a person's gun who has an order of protection against them.

"This is a requirement. It doesn't give judges any authority or leeway to decide what's best in the situation. My concern is that these individuals in which we're taking their rights away have not been convicted of domestic assault," Taylor said.

One domestic assault survivor told her story of being stalked and nearly killed by her ex-husband. He was not convicted of stalking.

Rep. Dean Plocher, R-St.Louis said a problem is the bill would need to explicitly state stalking as a form of domestic abuse.

Some representatives also asked if the legislation would clearly list forms of abuse or if that should be decided in courtrooms.

According to Coble, 57 women died as a result of domestic violence within the past year.

"We can't continue to turn away from that reality. This is about the value for Missourians and our value for other Missourians, which is we want them protected. We want them to all be safe in our communities

Coble said if the bill doesn't pass this year, she plans to try again next year.

"We want to ensure that those who use violence against their family members face a penalty and are not allowed to continue to harm them," Coble said.