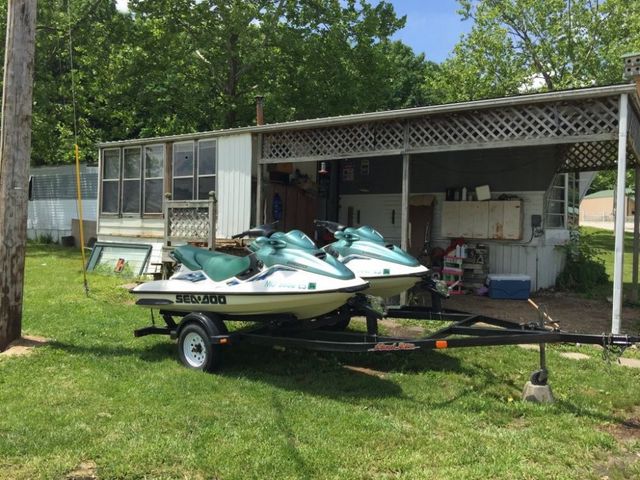 GRAVOIS MILLS - The Morgan County Sheriff's Office said a man who exchanged fire with deputies late Tuesday night is a member of the Aryan Brotherhood, a white supremacist group.

The suspect has been identified as David Vernon.

"He has been in the penitentiary, so he has a dislike minorities and police," Sheriff Jim Petty said.

Deputies said Vernon shot at them as they responded to a domestic disturbance. One deputy's boot was shot, but no one was injured.

The deputies returned fire and did not hit the man, Petty said.

Investigators said Vernon fired more shots from inside the trailer and refused to come out, leading them to deploy several rounds of tear gas into the trailer.

"We called the SWAT team, set off some tear gas into the trailer, waited for quite sometime," Petty said.

He said Vernon used two shotguns, a 20 gauge and a 12 gauge.

The standoff lasted for about four hours and Vernon eventually threw both guns out of a window, Petty said.

He said Vernon then came out and fought with police, so he was Tazed and arrested.

Petty said Vernon had taken anxiety pills and was transported to Lake Ozark Hospital "where he was sedated."

Vernon was released from the hospital Wednesday afternoon and taken to the Morgan County Jail where he was formally charged with the following:

[Editors note: This story has been updated to reflect new charges.]