Don't Call Them Friends; They're Brothers 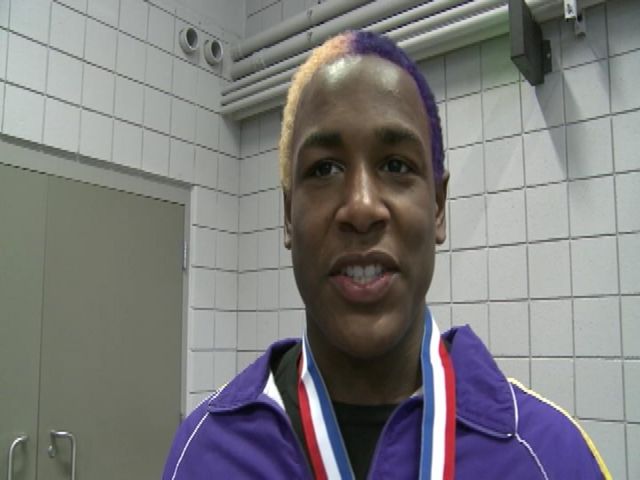 He's a four-time state wrestling champion at four different weights. He gave up 70 pounds to his opponents as a senior simply because he can and he's also a Missouri commit.

Maybe you've even heard of his brother Drae Cox who was also a state finalist in 2008.

Although, you probably haven't heard of his younger brother.

"That's my goal, to become a four-time undefeated state champ. Be the second person in Missouri history to do so," Clayton said.

Cox and Clayton bonded over wrestling since a young age. They might not be related, but they might as well be brothers.

It all started at Eierman Elite Wrestling Club-based in a garage in Millersberg. It's home to Mike Eierman who's a former All-American at Nebraska. Eierman also coached at Missouri.

In the end he started up a youth wrestling club at his home where Cox and Clayton were two of the first members.

"Those guys showed just a little bit of something different. They were getting things quickly physically and mentally. That's when I saw man these guys got something special," Eierman said.

Mike Eierman is like a father to Jaydin Clayton...He evens calls Eierman "dad." They live together with the wrestling club out back.

This is a story about two brothers.

"When I say I love that dude, I really do you know. I would take a bullet for Jaydin Clayton," Cox said.
Sometimes it's time to wonder how the careers of each wrestler would pan out if the two did not meet each other.

"I think they've definitely fueled off of each other. You know I think J'den Cox set the standard...And he set it pretty high. And I think Jaydin wanted to probably out-do him maybe. I don't know. Because you know how it is when you're that close you know like brothers and stuff," Eierman said.

Sometimes, it seems like a lot of pressure for Clayton.

"Kind of like...Ok now I have to step in my brother's shoes. And fill in for the next four years," Clayton said.

For now...It seems there's a new Jaydin in town.

Click the video to the left to view a video of KOMU 8's Peter Terpstra stepping into the ring with Father Tolton's Jaydin Clayton.