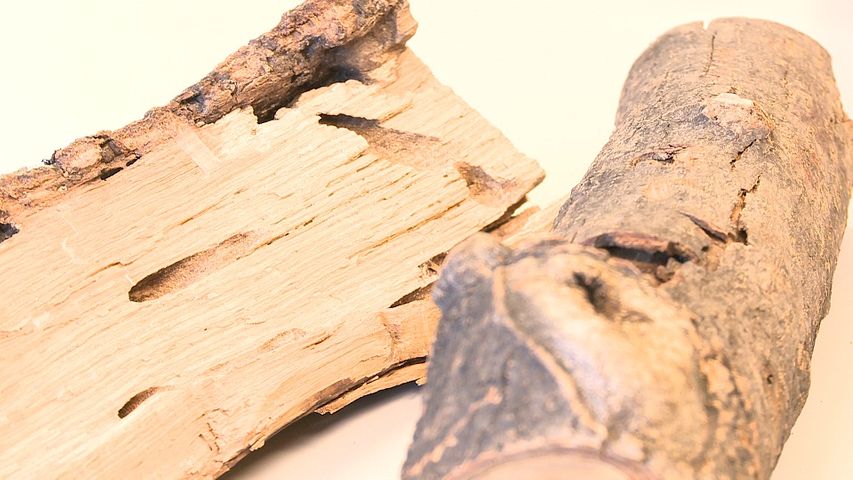 WILLIAMSBURG - Campers may have another safety precaution to abide by when visiting camping sites around Missouri.

The Missouri Department of Conservation is implementing the "Don't Move Firewood" project to ensure that no unwanted pests or diseases are spread to surrounding trees in large wooded areas. Two specific insects are the main worry of conservation specialists focused on the well-being of Missouri's trees. The emerald ash borer and thousand cankers disease are two major threats to forests that specialists are closely watching.

One of the insects causing concern is the emerald ash borer. The insect is about half-an-inch large and primarily targets ash trees. The insect lays its larva inside the bark of a tree, which then multiplies and spreads about the length of a tree. Another issue is the thousand cankers disease which is a mix between a fungus and disease residing in the walnut twig insect. If the insect carries the disease to a black walnut tree, it will slowly kill the tree overtime.

Both insect and disease are non-native to the United States, especially Missouri, which means trees are unable to combat their presence.

"Normally wood-bearing insects are not cause for harm. It's the non-native ones that take over-forests. Trees just have no way to fight-off insects that they are not familiar with," said Rob Lawrence, forest etymologist at the Missouri Department of Conservation.

The trees are therefore rendered defenseless against the infesting insects, which can in time kill hundreds of trees. But, not just trees would be affected by the potential threat of the two insects.

"Many types of wildlife rely on nut and fruit bearing trees, like the walnut tree, to survive. It would be a shame to see wildlife's numbers go down due to simple instructions that campers can follow," said Landry Jones, wildlife biologist at Whetstone Creek Conservation Center.

The Missouri Department of Conservation is asking people to go through specific steps while camping to ensure that no harm comes to the landscape or it's wildlife.