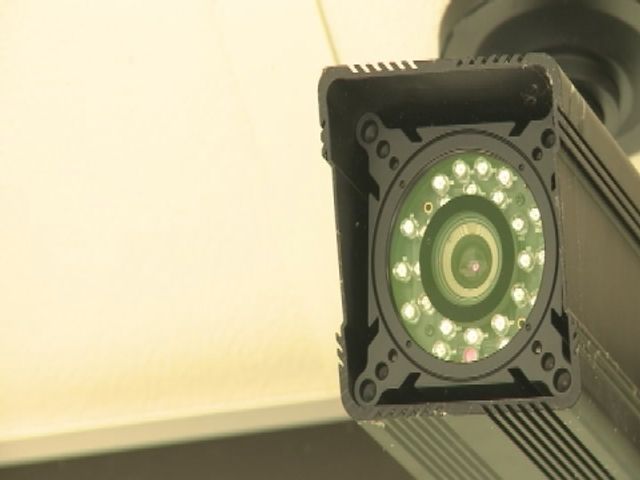 JEFFERSON CITY -For decades, a physical, psychological, spiritual, and emotional brutality has gone hidden behind closed doors - shielded from the public eye. In 2010, there were nearly 42,000 incident reports in Missouri alone, and 57 related homicides.

The private is now public.

For thousands of Missourians suffering unimaginable abuse, some are coming out from behind closed doors - now only to face others. According to the Missouri Coalition Against Domestic and Sexual Violence (MCADSV), "For every person able to stay in safety at a Missouri domestic violence shelter in 2010 (most recent statistics publication), two were turned away because shelters were full."

Twenty thousand people were turned away in 2010. That's 4,200 more than 2009 - the year MCADSV said turn away numbers experienced an "astonishing jump."

"10,506 women, children and men received shelter. 15,106 were turned away. This number of those unable to stay in over-crowded shelters increased by more than 60 percent in 2009 - an astounding escalation from the unmet shelter needs in 2008, which were the highest rates in 30 years."

The Jefferson City Rape and Abuse Crisis's Service's (RACS) Shelter Director, Mary Cunningham, has worked at the shelter for nearly 20 years and said says she's amazed by its spike in clients.

"Up until two or three years ago, I could say we NEVER had to turn anyone away. I can no longer say that."

It's an assessment echoed by many shelter executives, who serve domestic violence victims with nowhere else to turn. A nationwide recession led to fewer jobs. Fewer jobs led to fewer sources of financial independence. Fewer sources of financial independence led to more dependence on shelters. No money to leave, thus forced to stay in shelter - most of which operate of a combination of state and federal funds, which includes grants.

"We're seeing a reduction on the overall number of grant dollars... we're also seeing more of a demand on what actually needs to come out of the grants - there's an increase in outcomes. So, while the dollars maybe there, they're asking to see 10 times the amount of work," MCADSV Development Director Zachary Wilson said.

"A major problem is bed space. And now grants can't always provide more beds in the shelter... There's a problem that even if there are enough beds available, sometimes it's about being able to move people out into safe situations - so the lack of housing for people to go out to, the job market, all of those things that allow someone to move out of shelter, are really making stays last even longer," Wilson said.

"I've been in this position for 13 years. What I've specifically seen is a great increase in bed nights. We've seen an increase since 2006 of approximately 75 percent," RACS Executive Director Jim Clardy said.

"A couple of years ago our stay was around 20-25 days, and now it's more 40-45 days," True North of Columbia Executive Director Barbara Hodges said.

Melissa* has been living in RACS's shelter for more than three months. After enduring eight years of physical, spiritual, emotional, and psychological abuse, Melissa fled home in search of safety. She has six children. Her 10-year-old, 4-year-old, and 6-month old are currently staying with her in shelter.

"The first time I experienced it, I thought it was my fault. I had said something and it caused him to hit me - well actually, stomp my face," Melissa said, recalling the first time her husband beat her - four years into her marriage.

A new fear for many, is whether local shelters will have enough bed space. Wilson emphasized that even for those who do get in, shelter is a last resort.

The question is, what happens to those turned away?

"We have a little bit of funding where we can put them in hotels, but that money eats up really, really fast," Hodges said.

"We actually give them other shelters to call, hoping that they can get into one of those." Cunningham explains.

For some, that solution may be easier said than done when the nearest shelter is far removed from children's schools, work, and other support systems. Furthermore, some shelters may have stipulations for victims coming from out of town.

"If we get close to 20 in our census at the shelter, then we go on Boone County status is what we call it. So then we save those extra beds for individuals that live in Boone County, because occasionally we will get individuals from KC or STL or other areas that come to our shelter," Hodges said.

"Our state is such a diverse state, that we really see a lot of issues that go around. Our urban areas, you see high numbers, we are having capacity issues both in St. Louis and Kansas City."

Shelter turn away numbers have exploded.

"What the [budget] cuts have done for us is, we've just not been able to provide as many services as we used to. So we haven't canceled anything, other than a female outreach program, but we've had to reduce the number of individuals maybe that we could help," Hodges said.

Such help can define a life or death situation. KOMU 8 sat down with Boone County Judge Deborah Daniels, who handles the domestic violence court docket.

"It is a type of crime that has more serious consequences. Thirty to 40 percent of all homicides involving females in the country are related to domestic violence. That's a much higher number than the number of drunk drivers who will end up even in a vehicular manslaughter situation," Daniels said.

In Missouri alone, there were 57 domestic violence related homicides reported in 2010 (the latest crime report).

"What surprises me really, is even today's day people still don't think that this occurs in their community, or that it happens to ‘those people' or ‘those women,'" Wilson said of domestic violence.

"Seventeen hundred [domestic violence incident reports] is a significant number out of a population of about 150,000," Judge Daniels said of Boone County.

Melissa says "those women" - may very well be someone you know.

"For every event that goes on outside your door, you have to life a double life - because you don't want no one to know."

Now, as she breaks her silence, Melissa looks to a brighter future. After first coming to shelter "scared, a little nervous, a little hopeless," today she feels, "Hopeful. I feel like I got a lot more pride. I feel a little more courageous. I feel completed."

Shelter has provided an unrivaled support system for Melissa - one that has completely shifted her outlook of life. Reminiscing on the hardships of her abusive marriage, her hands began to tremble as she delicately reached to wipe away a single tear. Upon reflecting on her stay, a smile appears for the first time.

"When I write down everything that I've done since I've been here, I think wow. I've come a long way."

Melissa's courage stems from the fact that she has a space in shelter. But many director's hopes are waning, in the face of a recession that continues to squeeze funding.

"Often, there are things and emerging trends that need to have responses NOW, and you can't wait the 6-12 months that grants or contracts or things like that need to go through," Wilson said.

Not when today, based on state statistics, as many as 50 victims will be turned away.

For more information on domestic violence resources in your area, click here.