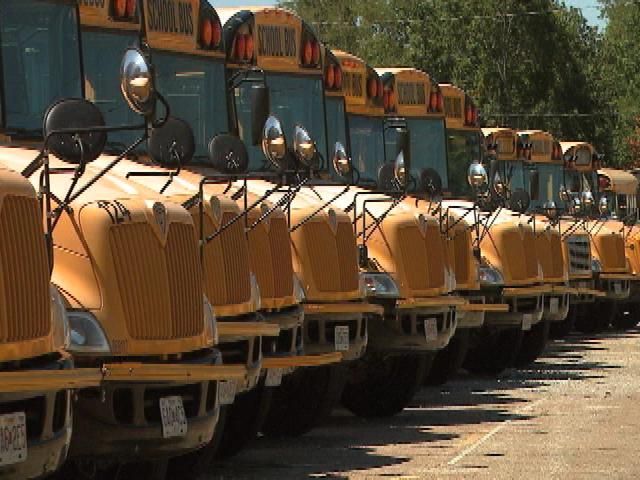 COLUMBIA - As kids head back to school, those yellow buses head back to the streets, but not all students are taking advantage of the ride to school.  Bullying and poor student conduct on buses has some parents putting the brakes on letting their kids board the bus.

First Student in Columbia will transport nearly 9,000 students this school year all on about 160 buses and take them to 27 different schools in the district.

For some families, like the Gutweins, the bus system is something they try to avoid. Laura Gutwein said she no longer lets her children ride the bus after bad student behavior on her son's bus got the police involved.

"If you need to call the police force to come and talk to kids on the bus, those kids should not be allowed the privilege of riding the bus because your putting other kids lives literally in danger," Laura said.

Laura said the bus driver could not handle the students on the bus. She said she didn't want her children around the cursing, bullying and disrespect on the school buses. Her youngest daughter, Kenya Gutwein, agrees with her mom.

"I'd rather be driven to school," Kenya said. "I guess there was just a lot of stuff that went on on the bus that was different than the family that I came from."

Wilson said there's probably not a day that goes by that the school district doesn't deal with some behavior concerns on the bus.  Wilson is starting his second year on the job and made some changes that start this year to address those concerns.

There are five rules listed on all buses that riders have to follow including obey the bus driver, keeps hands to yourself, remain in your seat, don't damage the bus and use respectful language. Wilson created a new, detailed form for drivers to report when a rule is broken. He said the new form outlines the rules and consequences more clearly than previous forms.

First Student is also in the process of installing new video cameras in all of its buses. Plus, Wilson required bus drivers to attend a meet and greet event with administrators at the schools they serve. He also brought in Gina Crump, the director of Zoebus, a company that works to improve bus behavior.

"My mission is to help students deal with bullying and behavior issues that happen on the bus as well as support drivers all across the state," Crump said.

Crump traveled to Columbia to talk to First Student bus drivers about dealing with riders while sitting behind the wheel.

"The whole goal is to get kids to and from the school safely, but what I have found is that drivers need support with that they need tools to know how to manage behavior," Crump said.

Wilson said he doesn't expect to see immediate results in improved bus behavior, but hopes this year's efforts will get things in order.

"We want them to be safe at all times and our priority is safety, always has been and always will be," Wilson said.