Door-to-Door Businesses Not Always What They Appear 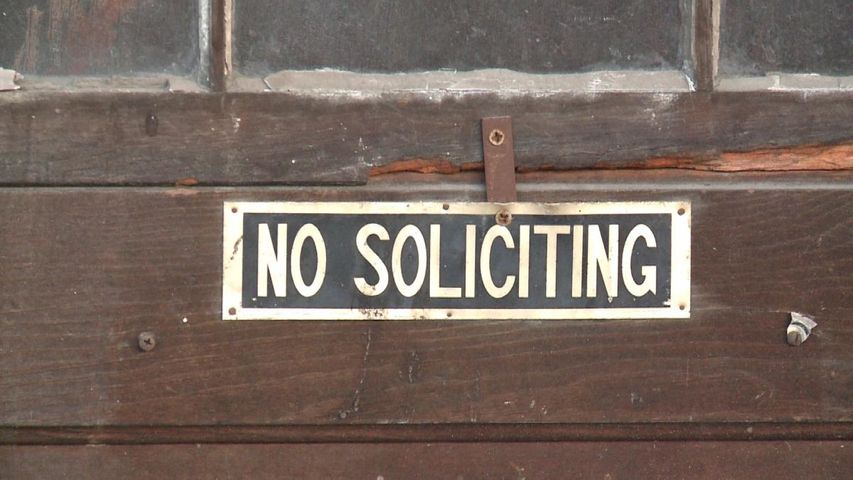 Brittany Long said she had a bad run in with CR Distributing. The company, previously known as Team Navigator, is based in Columbia. The company sells Kirby vacuums door-to-door all over mid-Missouri.

Long said CR Distributing sales people came to her door late in the afternoon, offering air fresheners as an incentive for listening to their sales pitch. She also said those sales people didn't leave until early in the morning.

When they actually sold her the vacuum, she said things got even stranger.

"They were gonna let me sign the contract at first and I was like, no, because they were going to take the vacuum back with them, they said they were gonna leave the vacuum there, then we could sign the contract and if they can't get us approved they'll just come back and get it," said Long. "Well I didn't hear anything from them for a while and then somehow they got a hold of my grandma, or left a note and my grandma found it, stating that it was illegal to keep it and that they were going to to call the cops if we didn't return it, and I wasn't trying to keep it."

In addition, Long said when the sales people returned to pick up the vacuum, they only brought back one of her two trade-in vacuums.

Other consumers and ex-employees have also posted dozens of complaints on Topix.com and the Ripoff Report about the company selling them used vacuums, stealing from their homes, and using forceful selling techniques. Ex-employees claimed they worked numerous hours a day for well under minimum wage, sometimes for only $3 an hour.

CR Distributing has also hired employees with criminal backgrounds, some of them charged with domestic assault, stalking, harassment, assault of a child, and stealing. In addition, the company has gotten in trouble with Columbia Police multiple times for not carrying a business license or having a solicitor's license when going door-to-door.

Long says while she feels comfortable enough in her family's ability to defend themselves, she thinks others could still have a problem.

"I'm pretty confident in our family and the way we run things that I wouldn't have really worried about it, but I think that that should be told to you before they're in your house," Long said.

Another company (now defunct), called Always Helping People LLC used to sell magazine subscriptions door-to-door back in 2008. Many Missourians complained of paying for subscriptions and never getting a single magazine.

The AARP has some good tips on how to avoid getting scammed by door-to-door salesmen. It says to avoid people selling magazine subscriptions, offering up a "free" energy audit, selling meat, and offering outside home maintenance.

Mike Odneal, branch manager of the Better Business Bureau office in Columbia also has some tips on how to prevent getting scammed.

"It's really important that people remember that when they have issues and concerns with folks, especially companies they're not quite sure about, or they're questionable about their tactics, they don't have to wait until they've been negatively affected by a particular business," said Odneal. "They can prevent some of those types of things from happening by checking in advance with the BBB."

The owner of CR Distributing, Rusty Custard, reached out to KOMU 8 News after seeing a Facebook posting about his company. However, he declined an on-camera interview, saying it was company policy to conduct any interviews via email. KOMU 8's own policy does not allow email interviews.