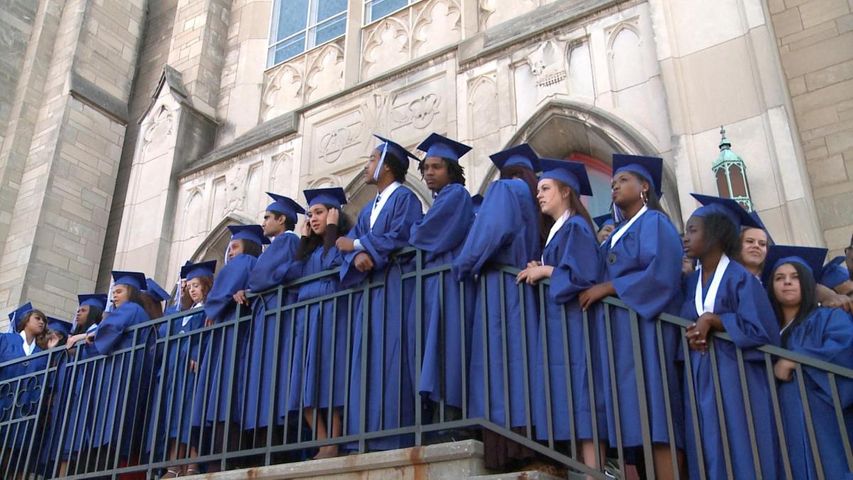 When the ceremony was over, 92 students had completed high school and moved onto the next phase of their lives. About 100 family members made the trip at 10 a.m. despite some parents not being happy with the ceremony being held in the morning on a work day.

"My significant other, she has to work today [Friday], so she wasn't able to be here," father Vince Goosselin said. "And there were other people that wanted to come for [my daughter] that were not able to."

Goosselin said the feeling of a child graduating makes up for what some called an inconvenient time.

"It definitely makes up for it," Goosselin said. "I'm just so proud of her for doing all she had to do. And it bothered people that they couldn't be here, but they'll be able to see her after the ceremony, so it's OK."

Most other parents agreed that the watching their child grab their diploma would more than make up for the time they walked across the stage.