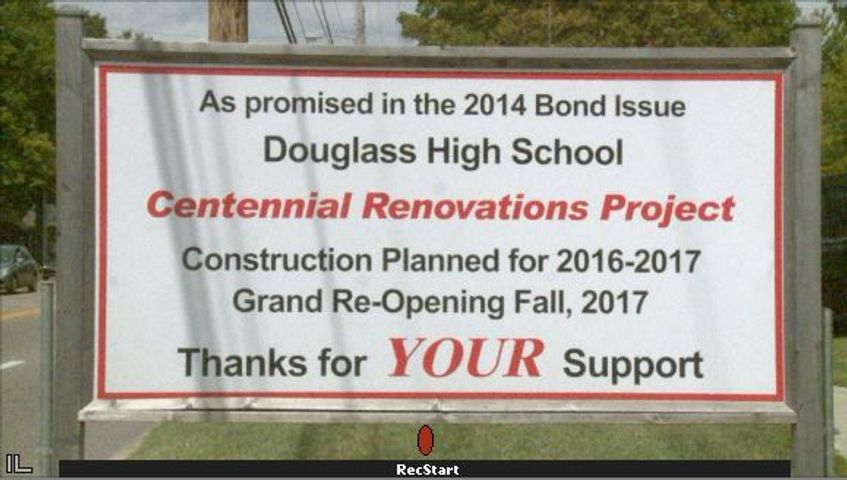 COLUMBIA - Douglass High school will host a a dedication ceremony and open house Thursday at 4:30 p.m. to celebrate the building's renovations.

Principal Eryca Neville said, "This is the first time since Douglass has reopened as a high school, that the district has spent real money, invested real money in our school and our students."

Douglass High school, named after abolitionist Frederick Douglass, was initially established in 1865 as the only school African Americans were allowed to attend.

Douglass was established at the Providence Road location in 1898. It later became an alternative school, but as the school changed, the building didn't. It became worn down after years of use and construction costs totaled more than $6 million.

A bond issue passed in 2014 funded the renovations.

"The kids are thrilled at the new finishes and how ascetically pleasing the building is and all of the little nuances like the water fountain, you can fill up your water bottle up as oppose to just drinking out of it," Neville said.

Student Tracey Edwards said he thinks some of the changes will boost student morale.

"The lighting actually makes me want to do more work. Lighting is everything. The building is brighter overall. The old building was dark and it drains your energy," Edwards said.

Crawford Construction Inc. began working on Douglass in the summer of 2016.

"In addition to the structural, electrical and h-vac updates that we've gotten, there was the aesthetic changes, also to make sure that the colors and the finishes also matched," Neville said.

"The school improvements make me want to graduate school and go to college," he said. "A lot of times people say that Douglass is a bad school. I tell people that I go to Douglass, they give me this funny look like I'm a bad kid. But they haven't seen how it looks now. It don't even look how it used to look. And the school is nothing how it used to be. When I walk in my school, it doesn't look how people try to make it seem like it is."

Neville is hoping that people's perceptions of alternative schools will change with the school's new look.

"We pride ourselves on being Columbia's small alternative school because there's this negative connotation that comes with being an alternative school. People think it's a bad school where the bad kids go. It's not bad at all," she said.

The Chamber of Commerce is sponsoring Thursday's event. It will feature a ribbon cutting and tours of the building.

You can find more history about Douglass high school on its website.