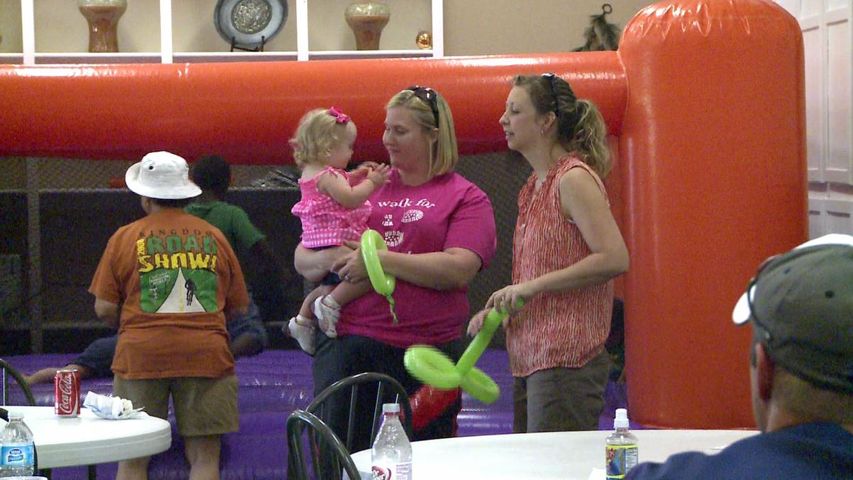 JEFFERSON CITY - More than 30 families attended the kick-off event for a group that offers support for parents with children who have Down syndrome.  Before this group existed, parents would have to drive hours to be involved in a support group.

"That's one of the main reasons we're doing it," said Paula Backues, one of the group's founders. "It's three hours to Kansas City or two hours to St. Louis. We are now able to provide those types of resources and events for people here in central Missouri and maybe only drive 20 minutes of 30 minutes."

Backues' six-year-old daughter Sophia has Down syndrome.  Backues moved to Jefferson City from Kansas City a few years ago.  She said the support groups in Kansas City were helpful.

"When we moved to Jefferson City from Kansas City, we realized the central Missouri area really was lacking social networking and support groups for parents here who have children with Down syndrome," said Backues.

Backues and two other parents are joining forces to bring those kinds of groups to Mid-Missouri.  It's a group that many parents are eager to be a part of.

"I'm most excited about meeting other parents and becoming friends with other families who have a real understanding about what you go through on a regular basis," said Nicolet Layton, whose daughter Avery is four years old.

Layton is not only excited to get advice, but also give advice.

"I would say, 'Don't be so scared. We were terrified and we thought we couldn't handle it, but you really can do it and realize how amazing this child is and how much you will love them," said Layton.

The Central Missouri Down Syndrome Family Network welcomes any families who have a member with Down Syndrome.  Although the group just started, meetings and events are already being held.

To get involved with the group, go to their Facebook page by clicking here.