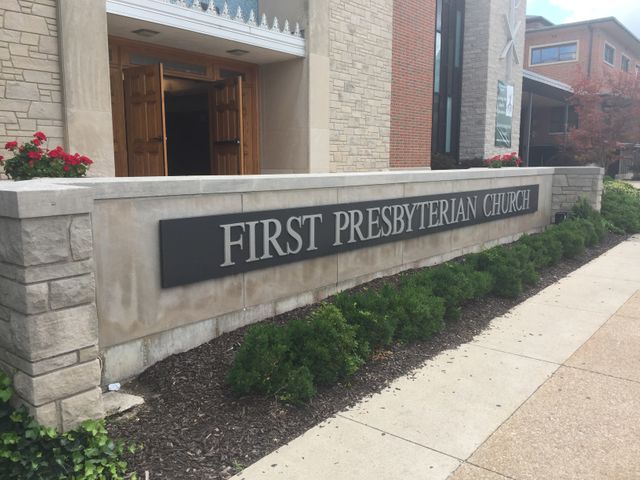 COLUMBIA - First Presbyterian Church hosted its first Prayers for Healing and Wholeness for anyone to voice his or her cares and concerns on events happening around Columbia and the world.

Senior Pastor Marvin Lindsay said for weeks members of the downtown congregation were coming to him for spiritual guidance.

“We felt a real need for our congregation to support each other in prayer,” Lindsay said. “We decided to invite the community and open our doors and make it available for anyone.”

Lindsay said he had been talking about hosting this event for weeks, and the church opened its doors Tuesday because it needed to happen sooner rather than later.

The event had three services, one at 9 a.m., one at noon and one at 3 p.m. The first service revolved around the well-being of Columbia, the second was about healing and the last was on global peace and reconciliation.

The congregation’s mission statement is to embrace all people, engage all neighborhoods, encourage others and empower lives.

One member of the worship committee, Ed Hander, said this was an event where people could feel a sense of togetherness and talk freely about what concerns them the most about society.

“The number one thing on my mind is the situation in Syria,” member Mona Ajans said.

“Any piece of information and so forth becomes contentious, and not just, 'I disagree,' but almost like, 'I have to be against you and you my neighbor is my enemy,'” Columbia resident Steve Spellman said.

Hander said the event provided a place where people could find a sense of wholeness and connectivity.

“We wanted to make people aware that there are other avenues for healing that we may have passed by," Hander said.

When people come to Lindsay for advice he said he always tells them to understand God is in control and when they understand that, they lose despair.

Lindsay said he will hold more events like this to draw in anyone walking down the street.