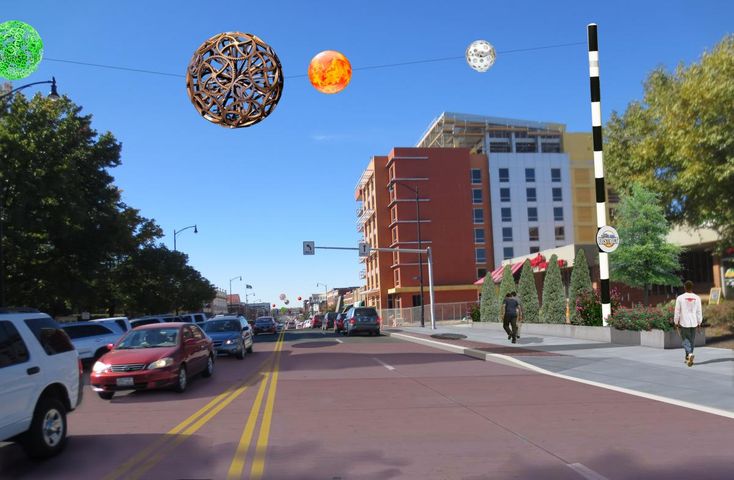 COLUMBIA - The downtown community improvement district (CID) is ready to start the first phase of The Gateways project.

The project has been in development since 2014 and downtown CID Executive Director Katie Essing said it has been a long time coming.

“We are excited that that plan is coming to reality," Essing said.

The CID announced Monday it will host a public open house on February 11 to introduce the artistic concepts for the first phase: three light hubs. The light hubs will be in the sharp end neighborhood, Flat Branch Park, and the north village arts district.

Essing said these artistic, globe-like lights will hang over the street and feature a different design in each location.

"They really tell the story of that part of downtown," Essing said. "Those globes are meant to represent that neighborhood."

Artists Adam McMillen and Cecilia Lueza have concepts that will be unveiled on Thursday for public feedback.

Essing said the community will have a few weeks to share their thoughts on the designs before the artists start building the lights.

The Gateways project was designed to be completed in phases, but Essing said each one is important.

“It is a very important project for the economic vitality of downtown," Essing said. "It’s a way that people will know that they’ve arrived and they can find their way to downtown. They will become landmarks that help draw visitors."

After the designs are finalized, the City of Columbia will have to approve the locations for safety reasons. No additional approval is needed for funding because the CID is paying for the project.

Essing hopes that construction on the light hubs will begin in May and then be completed during the summer.

The open house is from 5 to 7 p.m. in The District's offices in downtown Columbia.