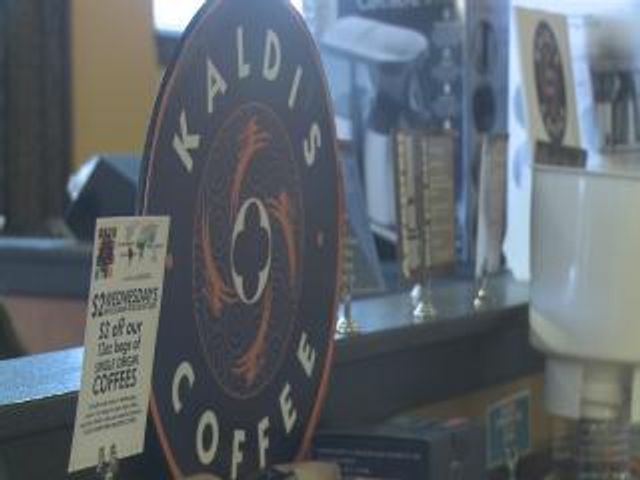 Officer Latisha Stroer of the Columbia Police Department said the suspect entered Kaldi's through a back door when an employee opened the door to let another employee in at about 5:30 a.m. She said the man pointed a gun at the employees and demanded money. No one was hurt in the incident and the suspect fled the scene with an undisclosed amount of money.

Despite the circumstances, Kaldi's Coffeehouse Columbia location general manager Johanna Cox said she is happy with the way her employees handled the situation.

"It was extremely calm," Cox said. "I have to say that my team lead did a remarkable job and followed all our policies to a 't' and made sure everybody felt safe and immediately called 911."

Cox said three employees were at the shop at the time of incident. She said the employee being let in did not see the suspect hiding and waiting. There were no customers inside the store as it was just opening for business.

"Our first priority is safety. If somebody asks for something you give it to them," said Cox.

Friday's robbery adds to a list of gun related incident downtown over the past year.

Some Kaldi's customers said safety is not a big concern but they would like to see increased police patrols.

"I live off of Worley and there's some police presence, you'll see them driving around sometimes," said nursing student Rebekah Applegate. "Maybe if they had a little bit more of that downtown that would be good."

"Maybe some people in plain clothes so that people don't see them and maybe they'll be surprised," said Columbia visitor Lisa Brooks.

First Baptist Church of Columbia pastor Carol McEntyre's job can keep her downtown at any time of day, but she said she has never felt unsafe.

"I think you have to use common sense like anybody would when you're walking around downtown depending on the time of day," said McEntyre.

Despite the suspect fleeing the scene this morning, Cox said she is confident in the Columbia Police Department.

"Most of the officers say they seem to recognize the suspect, we have video footage of them," Cox said.

She said she is not going to let the robbery shake up her shop.

"We're going to operate business as usual," Cox said. "We still are calm and secure and happy to be downtown."