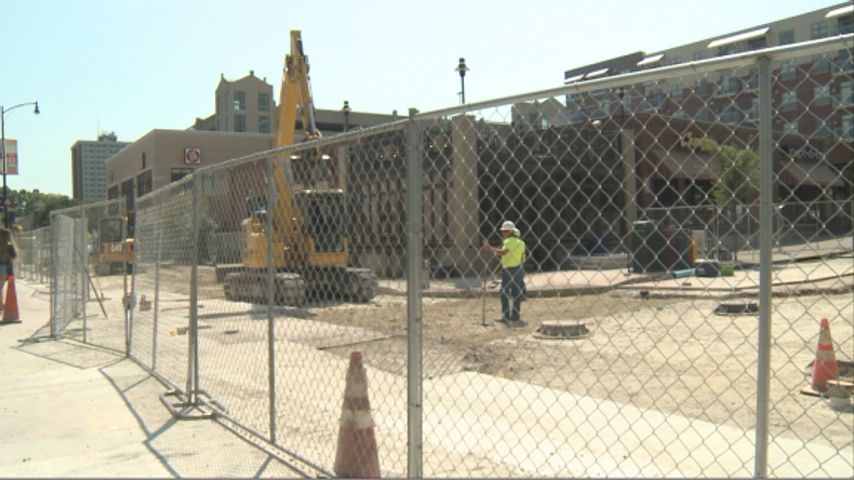 COLUMBIA- The City of Columbia said many construction projects going on downtown and near the MU campus won't be finished by August 21.

That Monday will be particularly hectic in Columbia, as it's also the date of the total solar eclipse, expected to bring large crowds to the area.

"The downtown area is going to be filled to the brim with first time students and people here for the eclipse. The construction is just going to make it that much more difficult to get around here," said Cail Evans, an employee of downtown Columbia restaurant Seoul Taco.

Many eclipse watchers will be in the downtown area due to the University renting out many vacant dorm rooms to tourists.

The project site which affects both campus and downtown activity is the Flat Branch Relief Sewer Project, and it is not expected to be completed in time for the start of the fall semester. The project aims to improve the sewer system, storm water drains, and steam tunnels for the downtown area.

Construction work for the project has taken most of Elm and 6th streets out of commission for the majority of the summer.

"The original pipes that we are replacing are over 100 years old, and it's definitely time to replace them. By doing this we are reducing the amount of maintenance that needs to be done and making sure they can handle to growing population downtown," said City of Columbia community relations specialist Patricia Hayles.

Hayles said most of the roads the sewer project is blocking should be open for driving by the end of August, with the project wrapping up entirely shortly after.

The other construction project impacting campus transportation is the steam tunnel repairs underneath Lowry Mall.

Most of that project is expected to be completed by October.