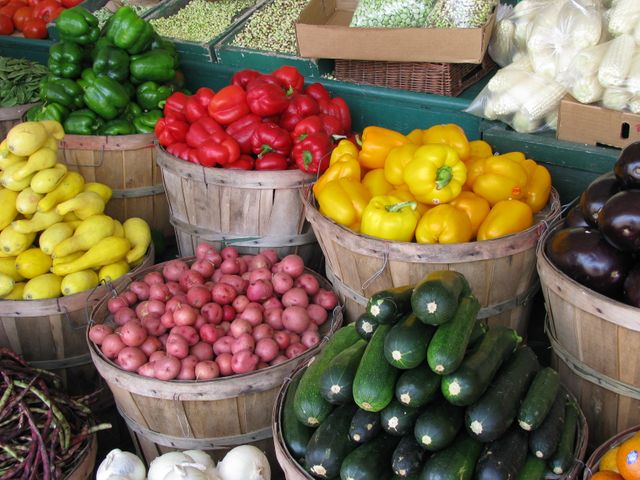 COLUMBIA - Getting fresh food in Columbia is not as easy as you might think. Farmers Markets are popular for their fresh products, but for some residents getting there is a challenge.

"I walk to the farmers market. It's like five blocks but long blocks," said Paula Atterberry.

In 2009 the USDA published the Food Desert Locator and downtown Columbia was listed as a food desert.

The same figures show almost 9,000 people, or 8% of the population live in this area. Almost 45% of those people are considered low income, with low access, and 17.4% of the houses do not have a vehicle.

Paula Atterbery takes the bus to go grocery shopping. "It's difficult. It's not bad if you took one bus, but what's bad is especially for an old lady like me... is to transfer with the groceries from one bus to the other," said Atterbery.

According to Extension Associate Professor for Sustainable Agriculture, Mary Hendrickson, a food desert is a place where a community can't get access to the full range of food that people need to have a healthy diet. "We have places in Columbia where people certainly have difficulties to get all kinds of food," said Hendrickson.

Hendrickson also said that food access is an important issue for Americans. "We have high rates of food insecurity in Missouri. There are a lot of children and houses that are food insecure," said Hendrickson. The USDA said food deserts can lead to poor diet, health problems, and to an increase in obesity or other diet-related diseases.

The USDA defines a food desert as:

•"To qualify as a ‘low-income community,' a census tract must have either: 1) a poverty rate of 20 percent or higher."

•"To qualify as a ‘low-access community,' at least 500 people and/or at least 33 percent of the census tract's population must reside more than one mile from a supermarket or large grocery store (for rural census tracts, the distance is more than 10 miles)."

Downtown Community Improvement District Board's executive director Carrie Gartner disagrees with the classification as a food desert."Certainly not. I know that we don't have our traditional grocery stores, the ones you would see in the suburbs, but we simply don't have room for something like that," said Gartner.

Gartner said downtown Columbia currently has more than 5 grocery stores, and more could be on the way. "One thing we do have coming in at the ground floor of an apartment building is a small convenience grocery store," said Gartner.

Unite for Healthy Neighbourhood, PedNet, University of Missouri Extension, the Health Department and others groups are working to explore new options. "This is a concept of communities coming together and saying we're going to take control on this issue and... to find the solution," said Hendrickson.