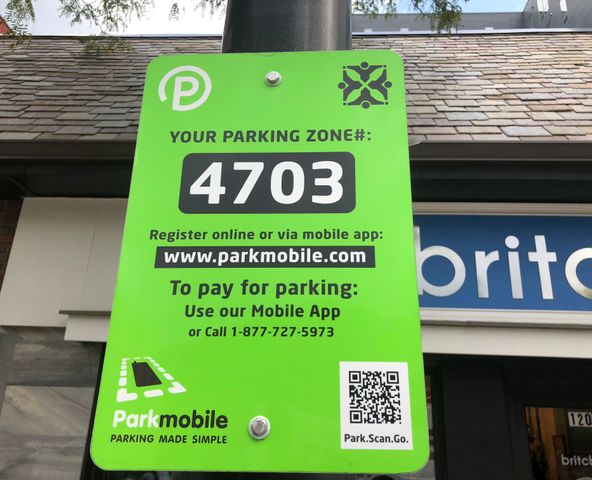 Parkmobile made its debut in Columbia more than two years ago. App users can easily pay to park at metered spots all around downtown, with just a few swipes on his or her phone.

Jordyn Miller said she used to use to app, but she was tired of receiving parking tickets from the city, even after paying with the app.

“You assume that when you’re using the app, it’s gonna be fine, but then you come out and you’re like, 'Well, I got a ticket,'” she said. “It’s not the greatest feeling.”

She said after receiving several tickets from the city while paying through the app, she’s had enough with the city’s metered parking.

“At this point, I’m kind of just done with street parking because of the app,” she said.

Maddie Minana said she worked downtown all summer. She said going through the process to appeal parking tickets is difficult, too. She said people who get tickets while using the app have to send the city proof that he or she used the app the pay to park.

A city parking attendant, who requested to remain anonymous, told KOMU 8 she has experienced giving Parkmobile users tickets, even after they had used the app. She said she can only see what the app submits, and if it doesn’t show a person has paid, then she must give that person a ticket.

“People will sometimes mix up their license plate number, when using the app. I’ll a lot of times see that a zero was misplaced for the letter O,” the parking attendant said.

But this wasn’t the case for Miller. She also said disputing citations from parking violations sometimes isn’t even worth the hassle.

KOMU 8 reached out the city on this issue. A city spokesperson said the city hasn’t received many complaints about people receiving tickets while using the app, and that it’s most likely a technical error.

Parkmobile told KOMU 8 this issue is most likely a miscommunication within the city’s parking enforcement system.