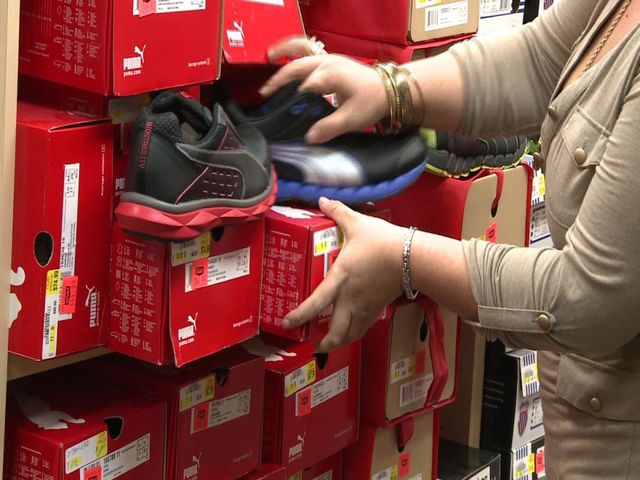 "That makes you invest more in them and them invest more in you... which is part of why I think we've seen such a positive response this holiday season," she said.

Many stores around the downtown area touted signs outside of the stores offering 50 percent and even 75 percent discounts for post-holiday bargains.

Grace is a store new to the downtown area this year. Store workers said business did much better than expected despite the slump of the economy.

"There were actually requests that we stay open later last Thursday through Saturday. Instead of closing at six, we closed at eight and customer traffic was very high," Grace employee Dina Misirevic said.

"Every big city has a cupcake shop and in mid-Missouri there's not really a go-to cupcake shop of this caliber," he said.

Red Velvet employees said they don't fear the bad economy and have faith in their product.

"We're truly unique to this area and I guess time will tell, but since Thursday business has been very very steady," Ivy said.

"Downtown is where the personality of Columbia is and I think it's really important we remember that and keep coming down here and make it fun," Wagoner said.

It's an overall feeling of success for downtown Columbia store owners after this holiday season.