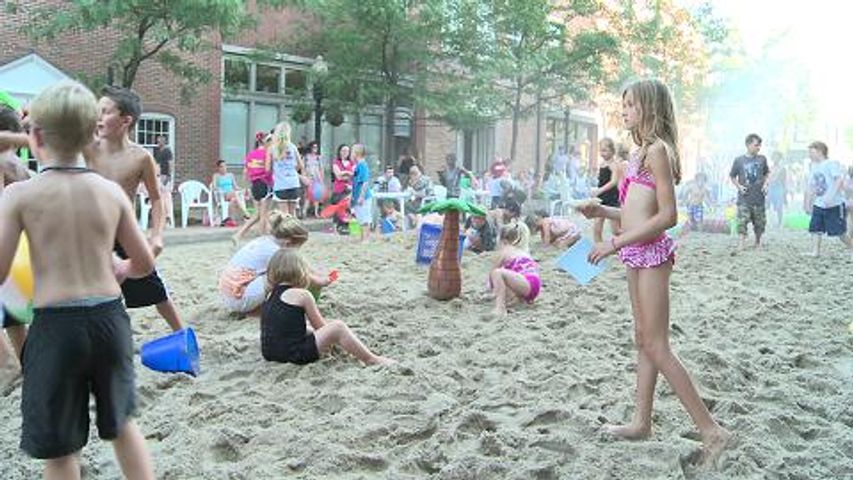 But a beach party would not be complete without sand.

"It took them about an hour to get all this sand set up and it'll take about another hour for them to clean it all up at the end of the night."

Children of all ages came to the party in their swimsuits and played in the sand that stretched an entire city block.  Little girls created sand castles that reached three feet tall, while boys ran through the mist machines and threw beach balls at each other.

"I really like the beach," ten-year-old Bailey Hayes said. "But it's really weird to see all this sand in the middle of Jefferson City."

After the event, half of the sand will go back to the Capital Sand Company.  The rest will be donated to the Kid Zone for the Salute to America event that will take place in Jefferson City on July 3 and 4.

Eight restaurants participated in the wing contest.  For five dollars, residents could sample 12 different types of wings and vote for their favorite. At the end of the evening, the votes will be tallied and a champion will be announced. Mortimer Kegley's has been the wing champion for the last two years.

"Everyone I talk to just loves our wings," Mortimer Kegley's owner Jason Jordan said. "We've had a steady flow of people coming to eat our wings all night so hopefully they'll vote for us. I really want that third win."