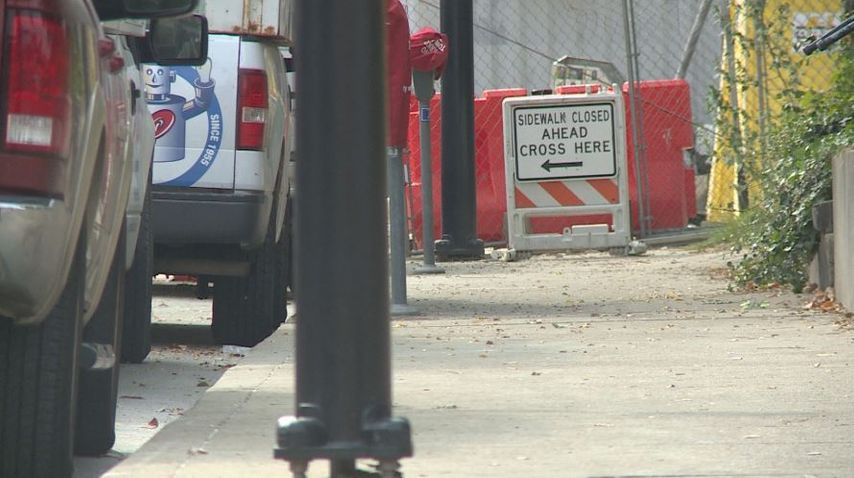 COLUMBIA — People or businesses that close sidewalks, streets or alleys for an extended period of time might have to pay a fee in the future.

Chair Scott Wilson said Columbia is one of the fastest growing cities in the Midwest, and the construction can cause some problems.

“All the new development downtown, in particular, has really clogged up the streets and the sidewalks,” he said. “It’s an inconvenience for the public, certainly, but also neighboring business owners.”

Wilson said people who haven’t been able to use the streets or sidewalks have complained to the city. Harold’s Doughnuts pastry chef Melissa Poelling said she often hears customers complaining as well.

“What we do hear is just general grousing from people who come in saying ‘Ugh! I can’t find a place to park,’ or ‘Ugh! You know, I’m in a wheelchair or I have a stroller and I couldn’t get through the sidewalks.’”

Poelling said she feels a growing sense of frustration from the street and sidewalk closures caused by construction of the Rise on 9th apartment building down the street from Harold’s. She said she does not know if the fee would help much.

“I’m not sure if a dollar amount is going to positively impact the people who have been negatively affected,” she said.

Poelling said it has been difficult as a community member as well as a business owner.

Although she said it has been a hassle for her and her business, Poelling understands where the problems are coming from.

“I don’t think anyone is against growth,” she said. “It’s just, it felt like it was all at one time.”

The leadership council is discussing the city council’s proposed fee amounts at Tuesday's meeting. The council will have a public hearing next month, and then bring the issue back to the city council to vote on by December.