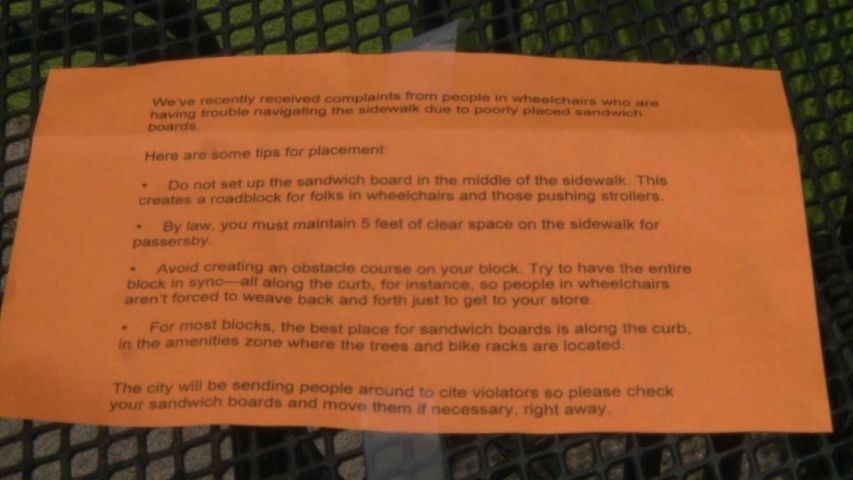 COLUMBIA - Sandwich signs can be found in front of many stores in downtown Columbia.

But their placement is causing issues for pedestrians, particularly ones in wheelchairs, according to a complaint notice that was posted on several signs downtown.

"Violators that didn't move their sign would get some kind of ticket or something," said Garrett. "I've actually already moved it in closer. And it even said on there you had to have five feet of space, so I've moved it in and there's more than enough space now."

The Columbia city ordinance for sandwich signs states, "In addition to any other signs allowed, each business with a street level entrance shall be allowed one (1) sandwich board sign located on the sidewalk directly in front of the business, provided that a straight, unobstructed pathway at least sixty (60) inches wide is maintained on the sidewalk. The sandwich board sign shall not exceed eight (8) square feet per side and shall not be attached to any city or Columbia Special Business District property."

The notice was placed on many of the sandwich boards earlier in the week. A few store employees said they received the notice, but did not know who posted the complaint or when they came around and put them up.