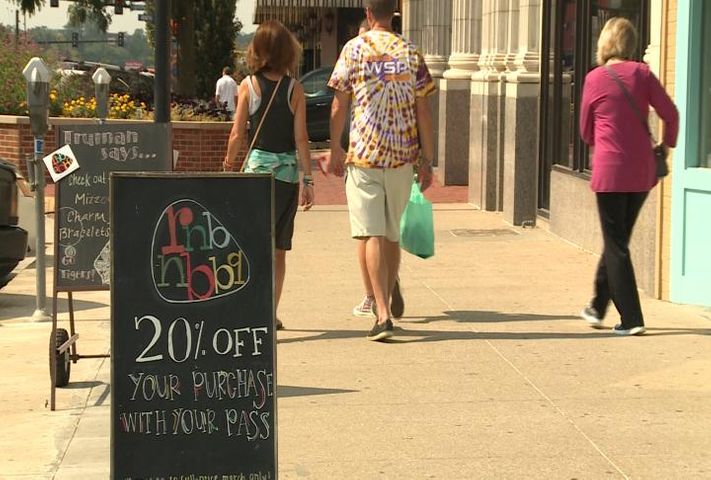 COLUMBIA - Clumps of people walked in and out of shops in downtown today, but since the Roots N Blues festival is at Stephen's Lake Park, they weren't necessarily concert goers.

The festival used to take place in downtown Columbia, but two years ago festival management decided to move it to the park. In a press release at the time, they said they wanted to give concert goers a better experience.

Ever since the move, businesses downtown have noticed a difference in their sales. They said the change in location has actually been better for business.

Fred Garven, a sales associate at American Shoe, said when the festival was downtown, people were carrying chairs and coolers around so they didn't want to take the time to buy much.

"There wasn't a lot of shopping involved, just even more looking," he said. "So the park is actually more advantageous for shoppers."

"Since the Roots and Blues moved to Stephen's Lake Park it's kind of opened up parking downtown for the people who actually want to shop," she said. "When it was here before the people that came to Roots and Blues specifically did that and took up our parking, so business I think has been better."

The festival continues until tomorrow and will conclude in the evening.