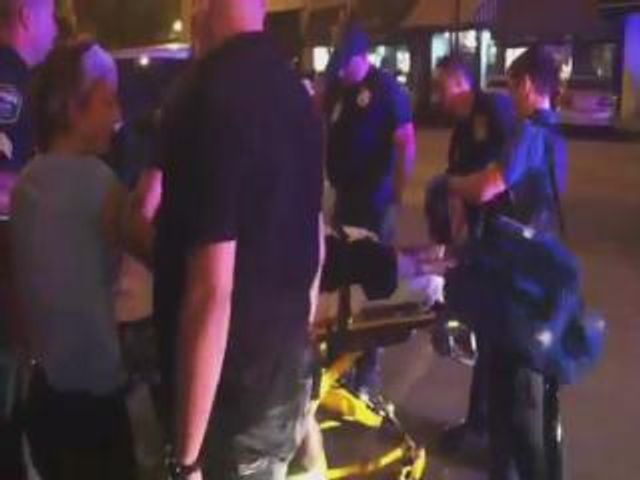 COLUMBIA - In the wake of the downtown shooting that sent pedestrian scattering more than a week ago, Columbia Police said they have made scheduling changes for the department's downtown unit. The shooting occurred in the early morning hours of Saturday, June 15th. Shots rang out near Tenth and Broadway at 12:30 a.m.

A viewer captured and sent in a video of the shooting. The incident prompted KOMU 8 News to take a closer look at the department's downtown unit.

Sgt. Candy Cornman with the downtown unit said she believes the unit was formed in 2009. She said there are six officers in the unit.

"We have two on a modified daytime and early evening schedule and then we have four that are assigned primarily nights." Cornman said. Officers patrol on foot, bicycle or vehicle.

Cornman said there are enough officers assigned to downtown.

Cornman said the downtown unit was off duty the night of the shooting.

"The downtown unit, because of staffing, we worked three weekends per month and only had one weekend off." Cornman said.

"There was like literally none before, especially that night there was nobody downtown that night. Since then, they've been on their bikes and driving their DWI units through town and stuff quite a bit." Conrad said.

He says he hopes the police continue to have a strong presence downtown.

"We've been asking them for a couple of weeks to do that," Conrad said, "Now they're doing it."

Conrad said he planned on getting his conceal and carry permit over the weekend. He said he decided to get the permit before the shooting even occurred.

"Well, it was because of an incident the other night that I called 911 on with what appears to be the same people outside, chased my wife back to the bar when she was walking to her car in the parking garage. There was a little confrontation, called 911, cops came and then later on called me and told me the guy had a gun on him. So that's why I enlisted in the [conceal and carry] class." Conrad said. He plans on carrying a firearm while working.

Conrad said he recognizes that the police are doing what they can.

"I mean, I think they're doing all they can. I've talked to them several nights. A lot of this stuff we're calling and they're trying to help but I feel like a lot of it is off the record. I feel like they're just as frustrated as we are because they come to us and say if we have a problem with the way things are, you need to take it to the city council. I can sense the frustration, I guess. I think they're trying their best." Conrad said.

Conrad said there is a committee of downtown establishments that are trying to push a curfew.

"We are really going to try and push a curfew. There are under-aged kids hanging out on the corners every night that just aren't doing any good." Conrad said. "At four in the morning, when the bar owners are done cleaning up and going home, there is no reason to have to walk by a group of fifteen or twenty, you know, sixteen-year-old kids out there on the corners."

The downtown unit is responsible for all emergency related calls in its beat area. Cornman described the unit as a jack of all trades.

"We are responsible for all calls for service that occur in 70D or the downtown area. That means we handle everything from larcenies to shots fired, domestic assaults, assaults, crowds at the bar closings and we also try to enforce alcohol related offenses inside those drinking establishments, we handle traffic accidents, leaving the scenes." Cornman said.

Cornman said summer brings a different group of individuals downtown than during the school year.

"Well, we try to manage the crowds as best as we can. Obviously during the school year, when the university has students on campus in full force, we have the same types of crowds standing on the streets all throughout the weekend hours, just as though we do in the summer. It's just a different group of individuals." Cornman said.

"Since I took over the downtown unit, I have been looking at various ways to increase our patrol and increase the hours of coverage for the downtown unit. One of the ideas that we have decided since the shooting, is to increase the weekends that we cover." Cornman said. "Because of that, we are only going to allow one officer off per weekend and I will staff all of the weekends unless there becomes a time when I can't at which time we will insure that we have a supervisor covering as the supervisor of the unit in my absence."

The change in schedule began with the weekend starting on June 21.