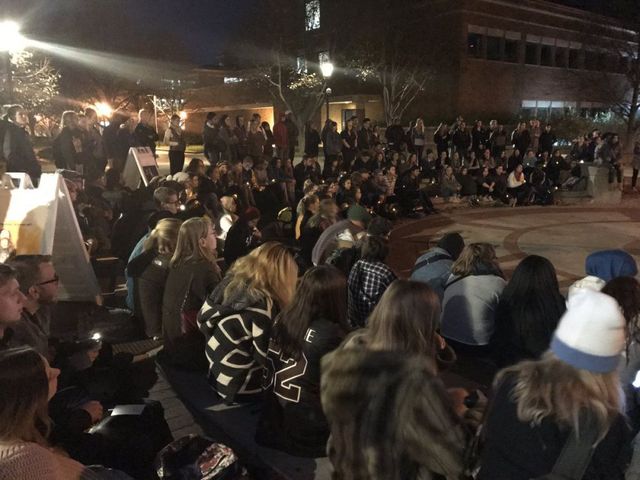 Students expressed nerves, fear and anger about issues including racism and religious discrimination in front of the crowd.

Participants held candles and wrote a promise and something they love on note cards. They also sang the Black Eyed Peas song "Where Is the Love?", spread out into a large circle around the area and held hands.

The event was not organized through an organization. Graduate student Ellen Hinze said she just organized the event because she wanted to and could.

"I figured this event might inspire people to be able to start the things in their brain that they're thinking of," Hinze said.