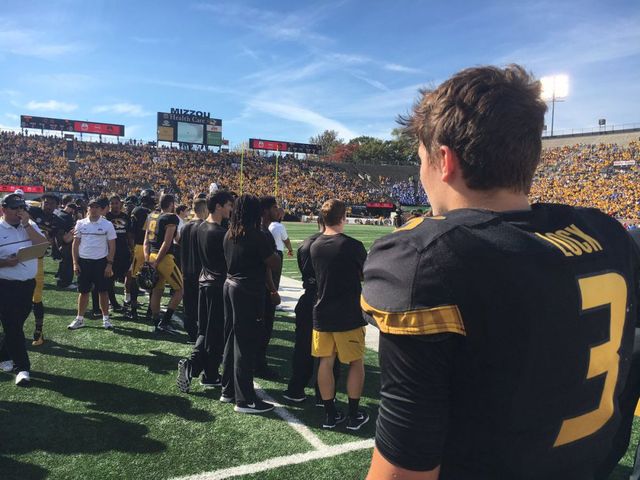 NASHVILLE, Tenn. - The Denver Broncos selected former Missouri quarterback Drew Lock with the 42nd pick of the second round Friday night in the 2019 NFL Draft.

Lock finished as MU's second-leading passer in SEC and program history, tallying 12,193 yards. His 99 touchdowns are third-most in SEC history.

He also broke the record for most touchdowns in an SEC season in 2017 and now holds the record at 44.

Lock committed to Missouri in 2014, following in the footsteps of his father and grandfather, who both played for the Black and Gold. Out of Lee's Summit, Missouri, the program calls this being a 'true son' of Tiger football.

Lock took over as the starter during his freshman season in 2015. He went on to lead the team at quarterback in his final three years, guiding Missouri to a winning record in 2017 and 2018.

KOMU 8 News is in Nashville covering the draft and will keep you updated with details.