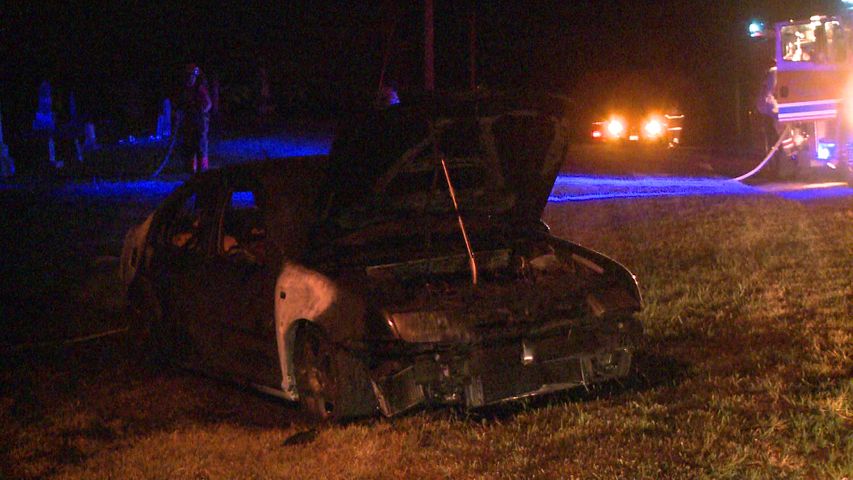 BOONE COUNTY - A driver abandoned a flaming car off Highway VV after crashing into a cemetery early Thursday, according to an official in the Boone County Sheriff's Department.

Corporal Chris Smith said the department has not yet determined the identity of the driver, and it has no idea why he left the scene. After knocking over several graves, the car burst into flames just outside of the Hinton Radio and TV store next to the cemetery. A fire official said he was not aware of any injuries.

Smith said he did not know exactly how the accident happened, but it appeared the driver did not see an approaching turn while driving west on Hinton Road.

Seven fire units responded just before 3 a.m. to the fire, which Lieutenant Stephen Dunkin said was originally reported as a structure fire at the store. When officials arrived, they found just the abandoned car in flames; the store did not suffer any damage. Dunkin said the crew needed "no more than 10 minutes" to extinguish the fire.