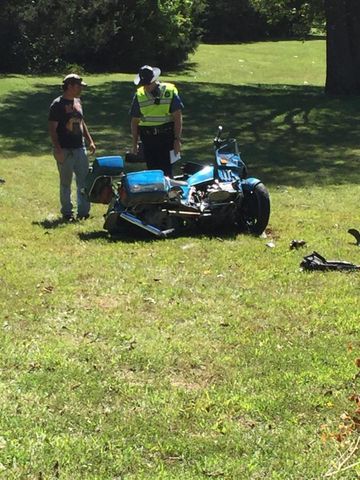 BOONE COUNTY- A motorcycle driver crashed Friday afternoon into a tree on Route E in Boone County, north of Columbia.

Corporal Matt Halford said the driver was going southbound on Route E and failed to negotiate a curve. He said it appears the bike struck a tree and overturned.

Halford said the driver has not been located. It appears the driver was ejected from the bike and Halford suspects someone he knew took him to the hospital.