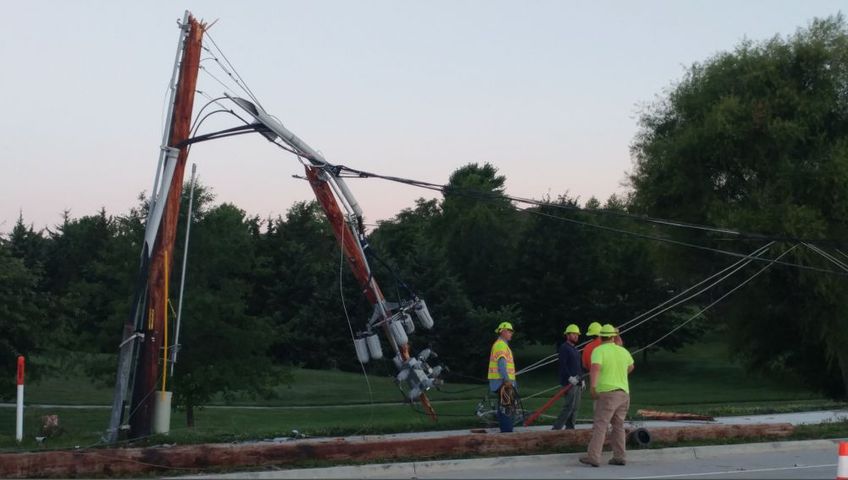 COLUMBIA - A driver crashed into a light pole, causing a small fire Tuesday morning on a power line off of Scott Blvd.

According to Columbia Police Lieutenant Matt Stephens, a man was driving northbound on Scott Blvd. When he fell asleep behind the wheel. The driver then went off the road, striking a major electrical power line.

The collision caused a small fire and also knocked out the power in the area.

Columbia Water and Light immediately started working on getting a new pole up after the car was removed. The road was temporarily shut down to one lane, with police monitoring the traffic.