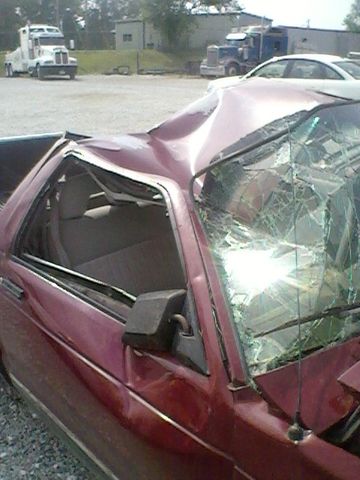 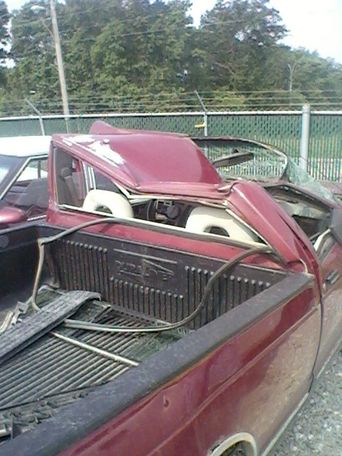 BOONE COUNTY - Ted Sigite said he should be dead after wrecking his truck Saturday on U.S. Highway 63 in the midst of heavy traffic. The heavy traffic was caused by a pavement blowout on U.S. 63 and Hinton Road.

"As I got to the rise of the top of the hill there was a guy on the top of the hill waving his arms like crazy. I looked at him to see what was going on and by the time I turned back there was a row of cars stopped in front of me. I slammed on my breaks, realized I was going to hit somebody so I let off the breaks and swerved over to the shoulder. As I swerved over to the shoulder, I got my tires in the grass a little and rolled five times until I stopped and crawled out of the truck," Sigite said.

MoDOT is offering no compensation for the accident. MoDOT's maintenance supervisor Mike Belt said the pavement break was caused by excessive heat mixed with moisture causing the pavement to expand and break.

"I won't exactly call it an act of nature, but it almost is based on the heat and things like that. That's what causes it," Belt said.

The truck was totaled and sits at Carl's Towing and Recovery. Sigite said he is not allowed to get any of his personal property out of the car yet.

"That road's horrible, that road's been horrible. It was train tracks before this that dipped down real quick. It's a 70 mile per hour zone. It ought to be treated that way and maintained that way, not maintained like it is." Sigite said.