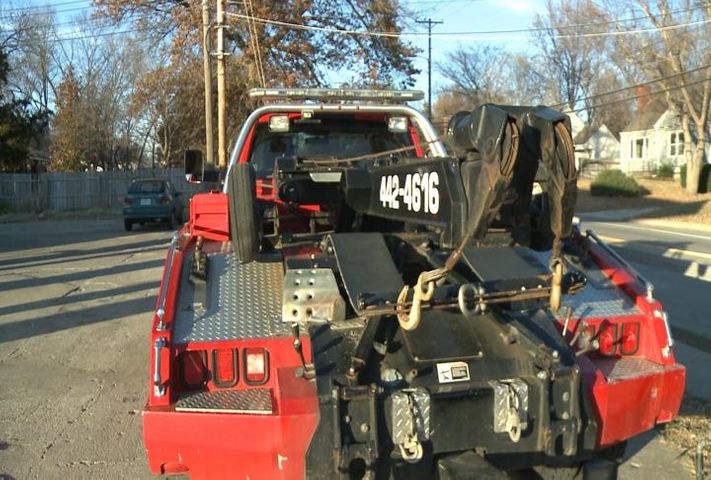 COLUMBIA - According to a Missouri statute, tow trucks are considered "emergency vehicles," but many drivers don't treat them that way.

In the statute, when drivers are coming up to a tow truck or other emergency vehicle on the side of the roads with its lights on, they are supposed proceed with caution and yield right of way. They also should get out of the adjacent lane if possible. Drivers are also expected to drive with caution and a reduced speed.

Wrecker driver Daniel Cooke of Doug Perry Towing said he sees the exact opposite in many scenarios, espcially when it comes to cars allowing large trucks to get over on a highway.

"Those are some of our biggest obstacles, because trucks, it's not just the truck itself it's also the wind from the truck that can blast you off your feet. So yeah, it's the absolute opposite. I almost seems as if sometimes it's on purpose," he said.

One reason many drivers may feel this way is because they see tow trucks in a negative light and only see them as vehicles that will rip their cars away from them.

"It could be because they fear us taking their car at some point, but that's not the case, we're just doing our job. We don't run around and choose who we're going to pick on," Cooke said.

Cook also said beyond just remembering to respect these rules when tow trucks are pull over on the side of the road, drivers should do the same when cars are pulled over with their hazards on.