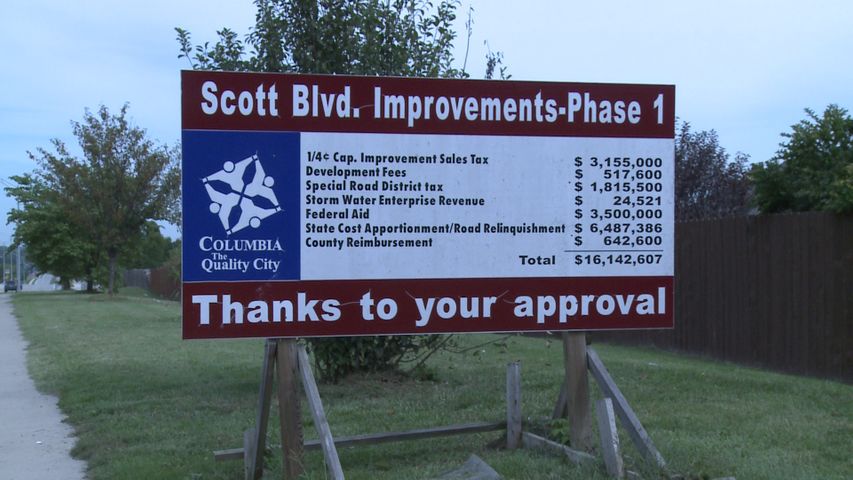 COLUMBIA - Drivers on Scott Boulevard Thursday could still see parts of the construction project not yet finished by contractors. That comes after an official ribbon cutting Sept. 12 to mark the project complete.

Speed limit signs are placed at one end of the newly renovated section near Brookview Terrace, labeled 35 mph, however, according to residents in the area, there were 45 mph signs placed near Chapel Hill, and then removed.

"Scott's four lanes, I don't know when it will go to 45," Marcy Shakenberg, a nearby resident said.

According to Shakenberg, the speed limit needs to be increased.

A number of streets have changed names, but signs do not reflect the changes.  And drivers are concerned that flashing yellow turn arrows have replaced left turn signals.

"The changes are good, but it's confusing," John Cantley, another nearby resident, said.

Jill Stedem, Public Works spokesperson, said these unfinshed changes are part of the contractors' final "punch list" and should be completed soon.

The speed limit will increase to 45 mph, and appropriate signage will be placed along the new section.

The newly named streets will have signs as well, as soon as the city completes them, and the stoplights will get detectors to signal a green turn arrow instead of a flashing yellow one.