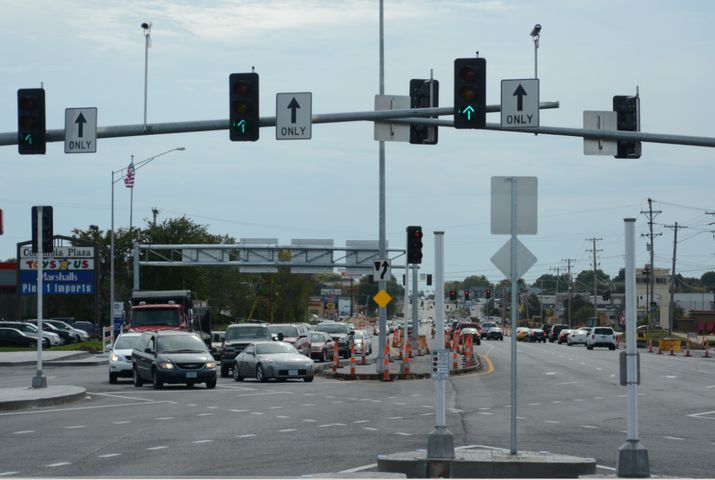 COLUMBIA - A MoDOT traffic engineer said drivers averaged 20 miles per hour on the opening day of the new Interstate 70 and Stadium Boulevard interchange.

"Overall, it's been very smooth. You can kind of tell some people are a little bit, maybe nervous just because of the change," Central District Traffic Engineer Trent Brooks said. "So maybe they're kind of hesitating, driving a little bit slower than you would normally anticipate, but overall people seem to be understanding, following the stripes and making it through just fine."

The interchange confused several drivers while KOMU 8 News was on the scene. One driver turned the wrong way onto the interchange driving toward the mall and stopped traffic while shouting what were obvious frustrations.

The diverging diamond interchange is the first of its kind in mid-Missouri, and a change to eight lanes and six stoplights that may cause confusion. Another driver yelled out her window while driving, and said she hated the new setup.

Construction crews were still working Monday to finish medians and sidewalk lights for pedestrians. MoDOT decided it was time to reconstruct the road because of slow traffic, long wait time and congestion.

Engineers said other interchanges like the one in Columbia have resulted in traffic moving quicker and safer. Other diamonds have resulted in 50 percent fewer car accidents because there is less stop-and-go traffic, which minimizes rear-end accidents.