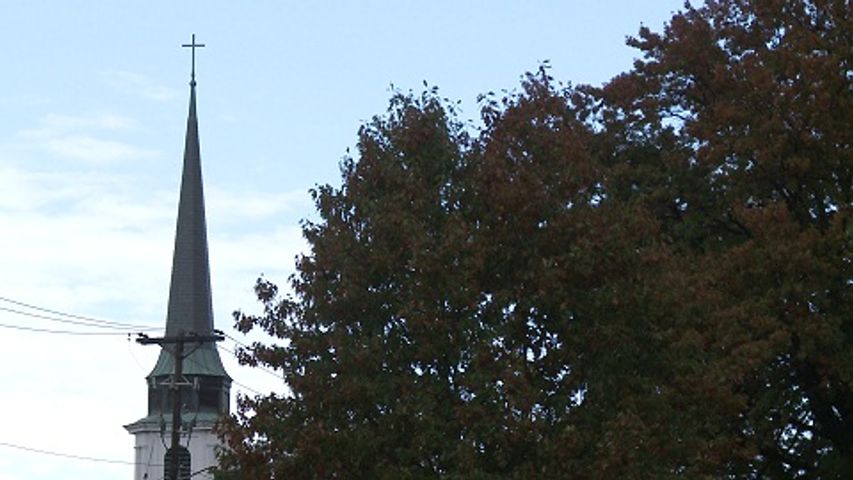 COLUMBIA - Tony Lakey became an atheist in high school. Brought up Catholic, Lakey found a community outside a cathedral when he joined SASHA at Mizzou. SASHA stands for skeptics, atheists, secular humanists and agnostics. It is an MU club that Lakey joined his freshman year and a club in which he is now the president.

Lakey is one of a growing number of Americans who do not associate themselves with formal religion, according to a Pew Research Center Study.  "'Nones' on the Rise," a report by the Pew Forum on Religion and Public Life, stated that one-in-five American adults don't align themselves with a specific religion.

The study points to a five percent rise, from 15% to 20%, of those religiously unaffiliated in the last five years.  That percentage works out to 46 million adults.  Pew says that of the millennial generation, those under 30, one-third consider themselves unattached to formal religion.

But the study also states that just because they don't go to church, doesn't mean these non-religious Americans aren't spiritual. It states that 68% believe in God and 58% feel a strong connection with nature and the earth.

This spirituality does not seem to be filling church pews. Since 1970, weekly church attendance has dropped more than 15% by 2008.  Whereas the percentage of people who say they never attend church services has risen from 12.2% to 38.1%.

Dr. Richard Callahan, chair of MU's religious studies department, said that the flaw in the Pew study could lie in the questions it is asking.  According to Callahan, church does not necessarily measure religious community today as it did in the past. Looking at church attendance and formal religious affiliation is, to Callahan, using old ways to measure a new society.

"I expect that the democrats are beneficiaries of the votes in the short run," political science professor John Petrocik said.

But Petrocik doesn't think that this shift is all about religion. "Some of this is a religion affect and some of it is a youth affect," Petrocik said. "This millennial generation is absolutely more democratic than the generations that preceded them."

Trend or not, watching the numbers could provide political and religious fodder for this November.