Drought Forces Farmers to Prepare for Next Year 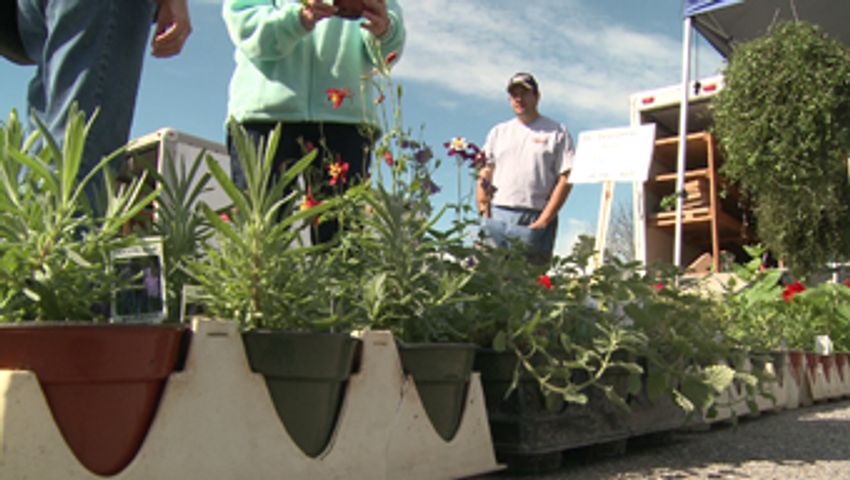 FAYETTE - The Fayette Farmer's Market is held every Tuesday evening from 4:00 until 7:00. Bill and Brittany Sullivan, of Sullivan Farm, were two of the founders of the farmer's market. They started their farm two years ago and now sell their products at the Fayette and Columbia Farmer's Markets and to some local grocery stores.

"We do have crops but we would have yielded much more had it rained," says Brittany Sullivan

The past 12 months have been the hottest on record and the Sullivans knew it was going to be a hot summer so they tried to prepare by digging a pond to irrigate from.

"The day we finally dug the pond in April it rained, but it hasn't rained since," Bill Sullivan says.

They use a hose connected to the pond to water their crops with gravity however, with the lack of rain, the pond has sunk too low to get any water to the plants.  The Sullivan's have to rely on county water now to grow any of their crops.  "Our bill is now $400," Bill says, "and considering it was $50 per month before, that's a lot."

The Sullivan's have tried to use their land to the best of their advantage-- they didn't plant as many crops and when the pond went down they stopped growing squash all together.  "We're just trying to focus on what can grow" says Bill.

Other farmers, like Mike McGowan, agree that drought forces farmers to limit the amount they can grow.

"If I had grown as many crops I normally do, I would have lost everything," he says.

Generally, the Sullivans say they've made more money on the crops they really focused on but they agree they need to prepare more in case 2013 has an even hotter summer.

And they hope that the need for county water will be eliminated again.