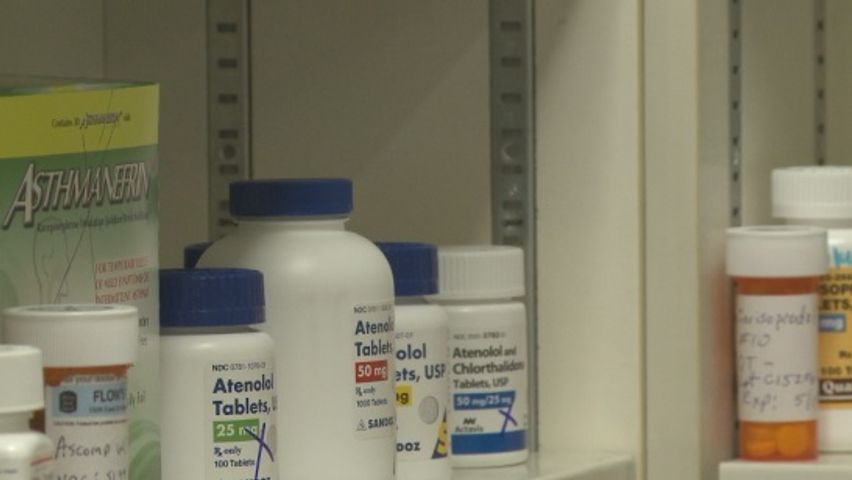 The FDA-approved drug is called naloxone hydrochloride and is non-addictive to those who take it. The bill says naloxone will be available without a prescription as an injection or a nasal spray

"It's a reversal agent that works within five minutes, especially if it's administered intravenously or intranasally," Flow's Pharmacy pharmacist Alex Smith said.

Smith said when naloxone is injected intravenously, the drug can peak in the body in as soon as two minutes.

According to the Centers for Disease Control and Prevention, more than six in 10 drug overdose deaths involve an opioid, which includes heroin, Vicodin and Percocet.

Columbia resident Jim Marshall is not a stranger to this statistic after he lost his son almost five years ago to a drug overdose. Marshall has become an advocate for fighting opioid addiction since then.

"I'm more of a 'preventionist.' I would like to see people get educated at a higher level so that they make better choices when it comes to mental health issues and self-medication," Marshall said.

Marshall doesn't think naloxone would have helped his son because of the length of time he was without oxygen. He encourages parents to seek professional help if they have any suspicions that their child has an addiction problem.

"It just is a bear that one person or a family cannot stop by themselves," Marshall said.

"With the opioids particularly, you quit breathing, and it's not necessarily the stopping of breathing that precipitates the death and the overdose. Your body has a lower response to the lack of oxygen so their body is not telling them to breath harder and so whenever someone overdoses on heroin or opioids it's always respiratory depression," Smith said.