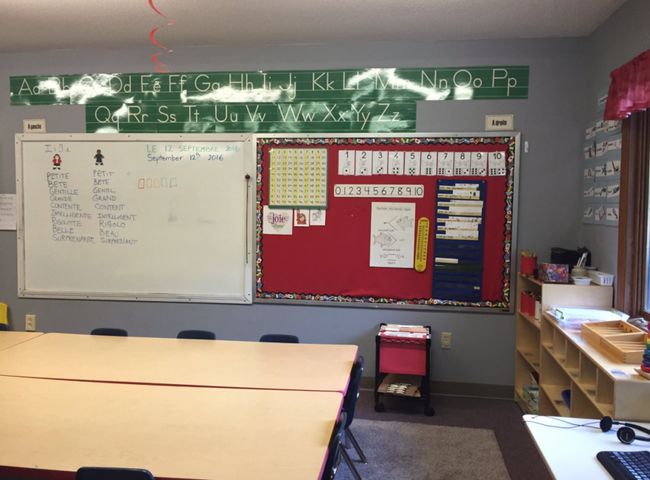 The idea of a dual-language school is to help students learn ideas and concepts in both English and another language.

While there are a few Spanish and English dual-language schools in the state of Missouri, La Petite Ecole is a little different as it teaches both French and English.

“What the children learn here is they learn how to do school so the French piece or the English piece in the afternoon is really the cherry on top of the cake” Principal Joelle Quoirin said.

Classes include the Bonjour Bébé for younger students, After School Language Club and adult classes. The Language Club classes are for elementary aged students. The school believes in using small groups in core classes in order for students to have a greater language learning.

Quoirin said learning in a dual-language environment is beneficial because, “the fact that their language center of the brain is nurtured, helps them really become aware of language.”

Quoirin said the biggest difficulty she has seen during her time at the school is when younger students have to get over the initial hump of missing their parents.

While La Petite Ecole is Columbia’s first dual-language school, other elementary schools are also making an effort to become more inclusive of other languages and cultures.

New Haven Elementary School hangs a flag for each country represented by their students in its cafeteria area. The Principal of New Haven, Carole Garth, said it helps students to feel like they belong at New Haven.

“We want to learn and celebrate who they are and we felt like the easiest way to do that was to recognize that they’re part of our school and to do that by displaying their country’s flag in our cafeteria so they kind of have a sense of belonging here” Garth said.