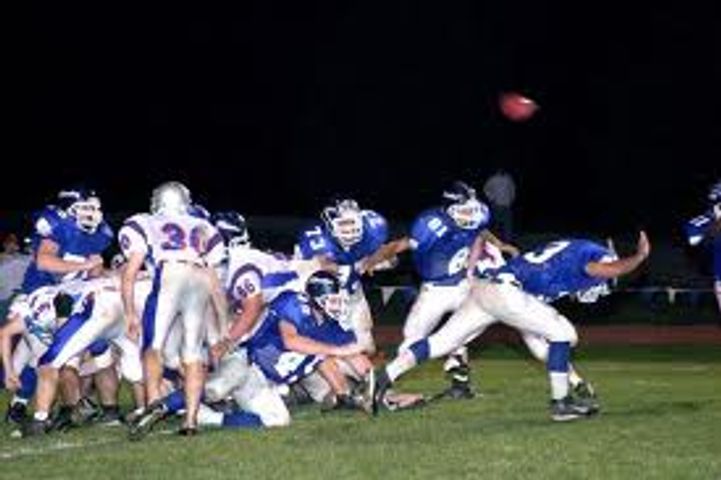 BOONVILLE, MO - Boonville's Wes Davis is the kicker, the linebacker, and a quarterback that can pass and run.
But he does have a favorite position. "I like linebacker the most. I like hitting people" says Wes Davis.

And his coach agrees as well that Davis is indeed, a strong linebacker for the Boonville football team. "I don't know. He's pretty good at all of them really. I'd probably say you know he's an all conference linebacker. He had over 140 tackles last year at linebacker."

Davis was actually going to be the running back this season but a coaching change also meant a position change. "Whenever coach Brown decided he was going to be the coach up here, he just thought that was the best thing for the team, and whatever he decides is best is the way it is" said Davis.

Davis has not played quarterback since the 8th grade, but coach Brown does have several reasons for making the switch. He said,"Well just being a good athlete back there at quarterback because you handle the ball on every snap, and also like I said before, the intelligence factor, you gotta have somebody that's intelligent back there and handles the huddle to get guys in the right position doing the right plays."

Davis is a dual threat quarterback, but he does have a preference between his arm and legs. "I like running a lot more. I feel like I'm more in control of what happens when I'm running the ball" says Davis.

Although Davis is only 5 foot 9 and 180 pounds, he's taken his tough nosed mentality as a linebacker and applied it to the quarterback position. "Last year playing strictly defense and hitting everybody all the time, you know you kinda develop that mentality on the football field any position you're playing" says Davis.