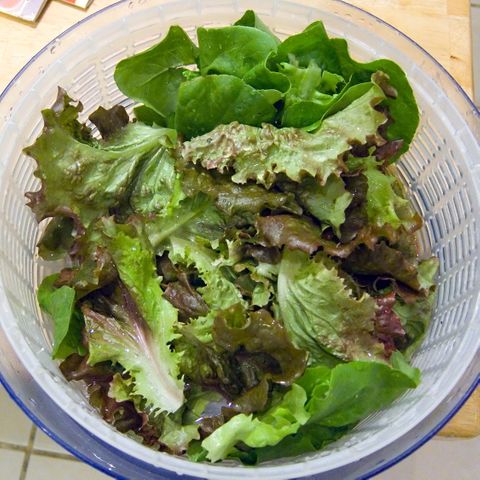 COLUMBIA - A recent E. coli outbreak, which has infected 35 people in 11 states, including Missouri, may have made its way to mid-Missouri.

The outbreak, which was found in romaine lettuces distributed from Yuma, Ariz. (AZ), has lead to the recall of thousands of pounds of the leafy greens from a multitude of distributors.

KOMU 8 spoke with representatives from multiple romaine lettuce distributors throughout Columbia, and even visited some of the stores including Walmart, Hy-Vee, ALDI, Lucky's, Gerbe's and McAlister's.

A Grindstone Pkwy Walmart produce employee told KOMU 8 that they had recalled their lettuces, resulting in there being no romaine lettuces in their produce case. A manager from Walmart, when asked about the missing produce, referred KOMU 8 to Walmart's corporate media relations team.

KOMU 8 has been unable to contact Walmart corporate about the recall, and Walmart has sent no official statement whether the lettuces were indeed infected with E. coli.

The Walmart produce employee also hinted that McAlister's in Columbia may have also had problems with recalled lettuce, as she said McAlister's employees recently purchased bulk lettuce from Walmart.

KOMU 8 contacted the Columbia McAlister's on Grindstone Pkwy., asking if the location experienced a lettuce recall.

"I can't legally answer that question," a McAlister's manager said.

A Nifong Gerbes employee also told KOMU 8 on Sunday the store was refunding many customers for lettuce they purchased from the location.

KOMU 8 reached out to Lucky's Market on Providence Rd., and a produce manager stated the store had no recalls in the past week. As of Sunday, ALDI also had romaine lettuce present on its shelves.

The Centers for Disease Control (CDC) suggests that while most E. coli bacteria are harmless and actually beneficial to people, there are others which can be potentially harmful and even lethal if even a few bacteria makes its way into the body.

To prevent against these harmful bacteria, the CDC asks food consumers to wash their hands thoroughly before and after meals, and any time they handle any food products or come into contact with someone who handles food.

According to the CDC website, it is also important to disinfect food when you can. If you have romaine lettuce you plan to eat, it may be better to be safe than sorry and thoroughly wash the lettuce before eating.