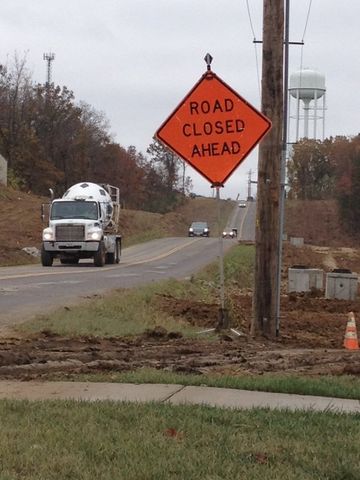 COLUMBIA--Residents of southwest Columbia neighborhoods were woken up by construction noises earlier than usual Wednesday morning.

Blair and Holly Hendrickson, residents of Thornbrook, said they could hear beeping from construction trucks starting at 4 a.m.

The construction project will widen the road along Scott Blvd.

It was extended and pushed earlier in the day to speed up the construction process.

Several other residents of Thornbrook voiced their discontent with the continued noise from the construction.

However, the Hendricksons said that the construction is a necessary nusiance due to the danger that the narrow lanes currently pose.

"So it is really a good project. It was a necessary project. And... so okay its going to take a while until its all done but we can look forward to the benefits" Holly Hendrickson said.

Construction on the project was expedited in preparation for the opening of Beulah Ralph Elementary, a new elementary school set to open in 2016.

The early hours for the project's extended construction are scheduled to continue through November 6, but Public Works Construction Project Superintendent David Fennewald said the construction may actually wrap up sooner than Friday.

[Editor's note: This story has been updated to fix David Fennewald's title.]