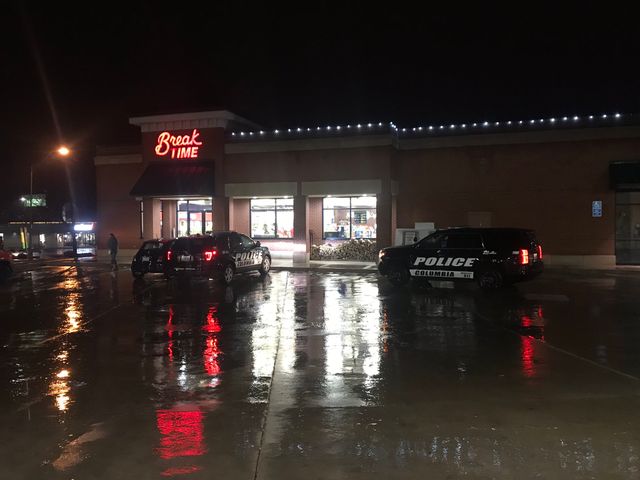 COLUMBIA - Police are looking for a suspect after a robbery at the Break Time gas station near the Broadway Shopping Center early Monday morning.

Police responded to the call shortly after 2 a.m.

KOMU 8 News spoke with officers at the scene. Authorities said a male suspect entered the building wearing dark clothing and holding a bag. Police said the suspect acted like he was holding a weapon, but officers were not sure if he was actually armed.

The suspect escaped with an unknown amount of cash from the register. Police said he was in and out of the building within a few seconds.

The suspect is not in custody. Officers said they tried to use K-9s to smell for any leads, but did not succeed because of the rainy weather.